Brucellosis in Angora goats is caused by Brucella melitensus. This is to date an extremely rare condition in Angora goats and only a few isolated cases have ever been diagnosed in goats South Africa. Cases have been reported in Namibia and Zimbabwe. B.melitensus may be spread in other ruminants including game. Brucella.ovis occurs in sheep and not goats.

How can goats become infected?

The primary route of transmission of Brucella is the placenta, foetal material and vaginal discharges from infected goats and sheep.  Goats then become infected when they inhale the organism or graze the contaminated plant material. B. melitensis can also be transmitted by game species when kept in close proximity. Brucellosis is a zoonosis which means humans are susceptible causing Malta fever. 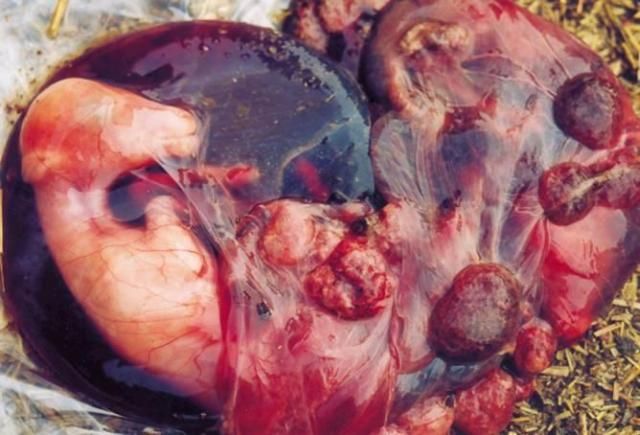 Aborted material and udder secretions, smears made from placenta and abomasum of the foetal abomasum content can be sent to laboratories to be checked using acid-fast staining techniques. The organism should be confirmed by culture and isolation.

Blood samples can be tested to determine exposure.

Because antibodies induced after Rev.1 vaccination cannot be differentiated in both tests from those induced by B. melitensis infection results should be carefully interpreted according to the vaccination status

The vaccine for the prevention of brucellosis in sheep and goats is the Brucella melitensis Rev.1 vaccine.

It should be normally given to lambs and kids aged between 3 and 6 months as a single subcutaneous or conjunctival inoculation. The subcutaneous vaccination induces strong interferences in serological tests and should not be recommended in combined eradication programmes. However, when this vaccine is administered conjunctivally, it produces a similar protection without inducing a persistent antibody response.

Care must be taken when using Rev.1 vaccine to avoid the risk of contaminating the environment or causing human infection.

Treatment is not allowed in South Africa.

The state veterinary services will implement control measures to prevent further spread and clean the flock of infection.