Roundworms have a significant effect on Mohair production and are one of the more common causes of death in Angora goats.

Anthelmintic resistance appears to be following a similar trend in South Africa as in Australia where studies indicate that on 98% of farms there is resistance to drug groups  Benzamidazoles (‘witmiddels’) and Levamizoles (‘Koeldrankmiddels’) with 87% of farms having resistance to Macrolytic lactones (Ivermectin family) and 28% to triple combinations.  New active ingredients for doses are unlikely to be developed in the near future and due to the quicker development of resistance in goats, drug companies are not likely to register any new doses for goats. For this reason SAMGA continues to investigate alternative methods to control nematodes (internal parasites) as we did last year with the use of Aloe ferox (https://www.angoras.co.za/page/aloe_ferox#103) .

It has been demonstrated that Brevibacillus laterosporus, which was isolated from soil samples, kills free-living nematodes (Panagrellus redivius) and plant-parasite nematodes (Bursaphelenchus xylophilus) and degrades their cuticle.

B. laterosporus played a key role as a pathogenic factor in infection against nematodes (roundworms). Extracellular enzymes, especially proteases, were revealed to contribute to the process of infection by solubilizing the cuticle, digesting the host tissue and releasing nutrients for pathogen growth. Histological observation demonstrated the destruction of the nematode cuticle and eventually followed by digestion of the host, suggesting the involvement of hydrolytic proteases as potential nematotoxic components in the bacterial infection of nematodes (Huang et al. 2005b).

For this reason SAMGA was interested to test the Bioworx range of products on Angora goats to determine their efficiency against internal parasites. The bioworx probiotic range included:

These products also need to be in a form that enables farmers to easily administer the treatments.

Date, sample and site of study

Roelfie van der Merwe of the farm Newlands provided the goats and applied the treatments.

The trial was conducted over a 7 week period.

The goats had not received any anthelmintic for over a month prior to the trial commencing.

The goats in the trial and control group were kept in a zero grazing environment and fed pelleted food.

Goats in the trial group received.

The goats were kept in adjacent lucerne lands and the 2 groups swopped lands each week to maintain the same roundworm and coccidian challenge. 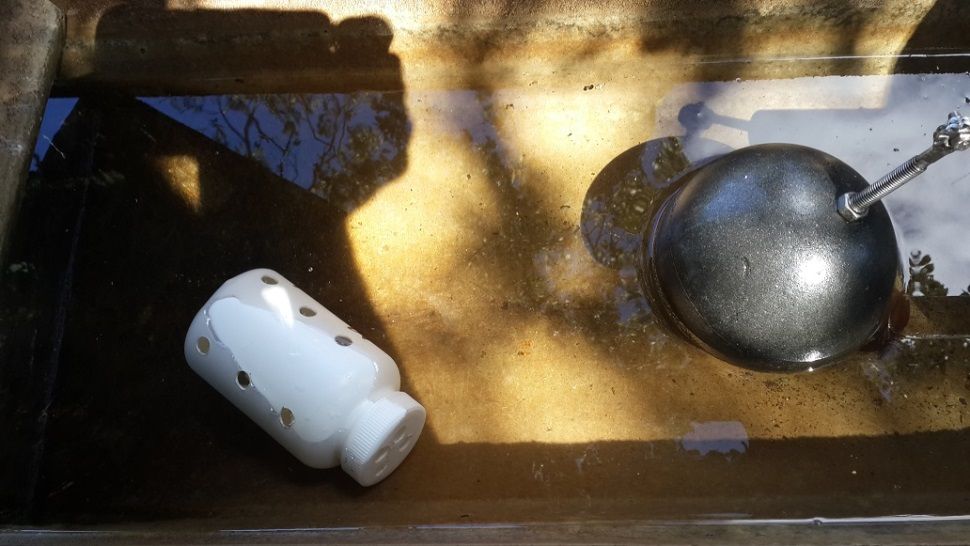 Bioworx NEMAPRO was added to the 100g of pellets fed daily to the Trial goats. 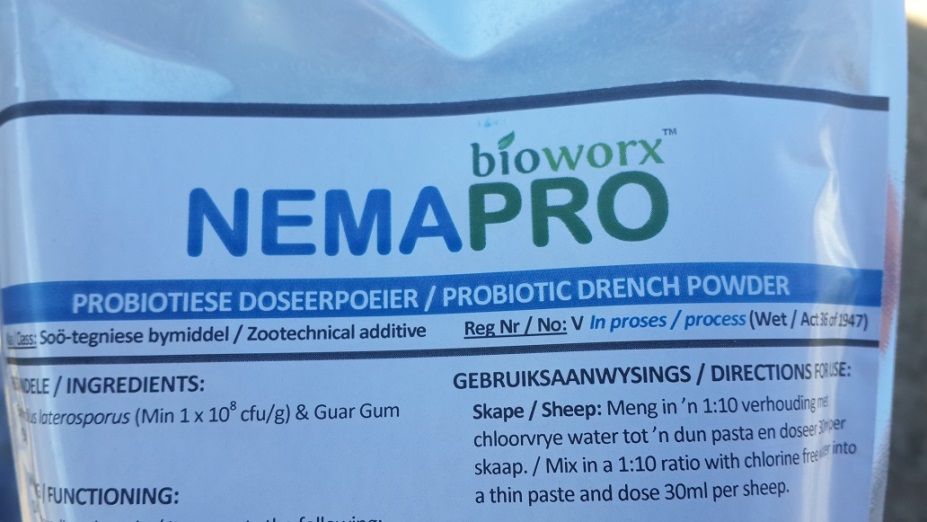 Faecal samples were taken on a weekly basis

Faecal samples were sent on ice to Grootfontein Laboratory who did the faecal egg counts.(Hester Olivier and Ilze Venter) 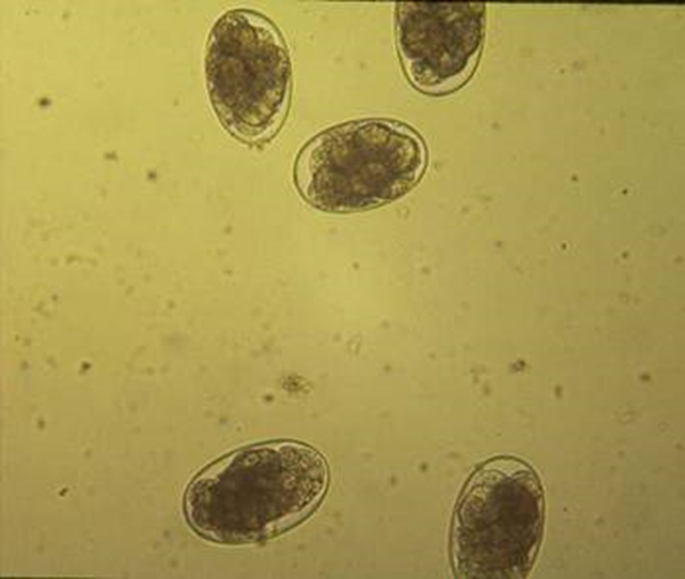 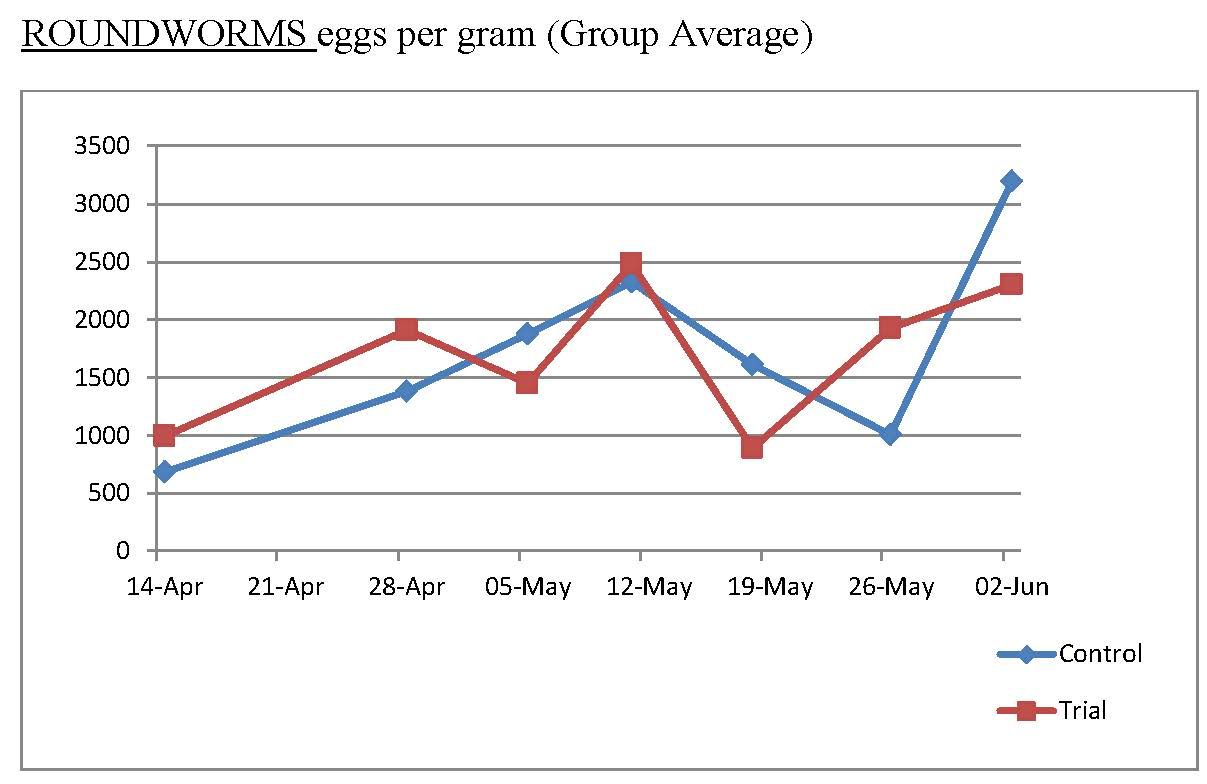 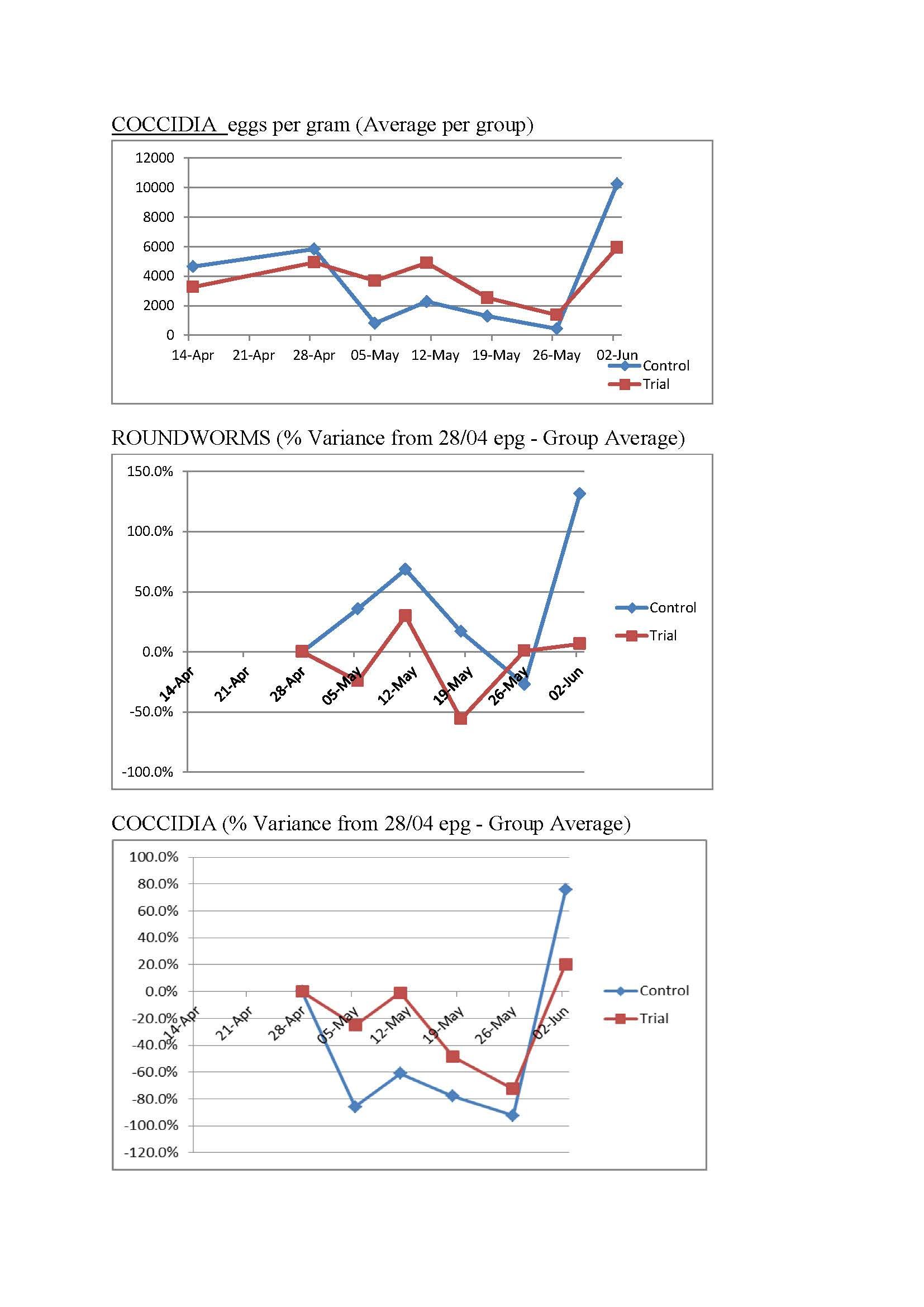 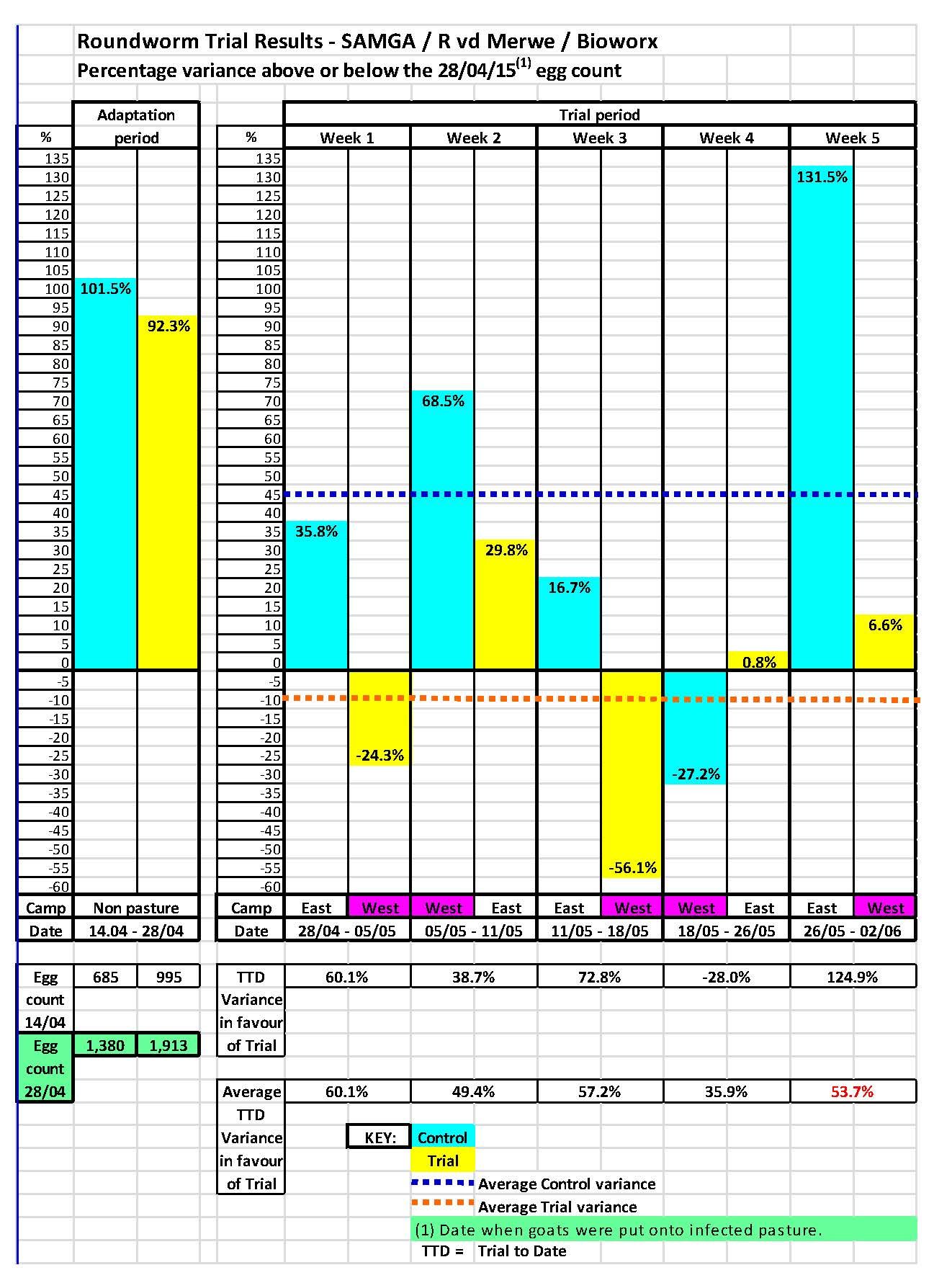