Oestrus and Mating in Angora Goats

Oestrus and mating in Angora goats.

Angora ewes natural peak breeding season is April to May but rams can be introduced as early as mid-February. The reproductive efficiency will decline outside the natural peak.

Angora ewes cycle every 19-21 days with oestrus lasting 22.3 hours. The Angora ewes do not normally start cycling until stimulated by the presence of a ram and do so rapidly with oestrogen levels increasing after half an hour and heat within 2-3 days. 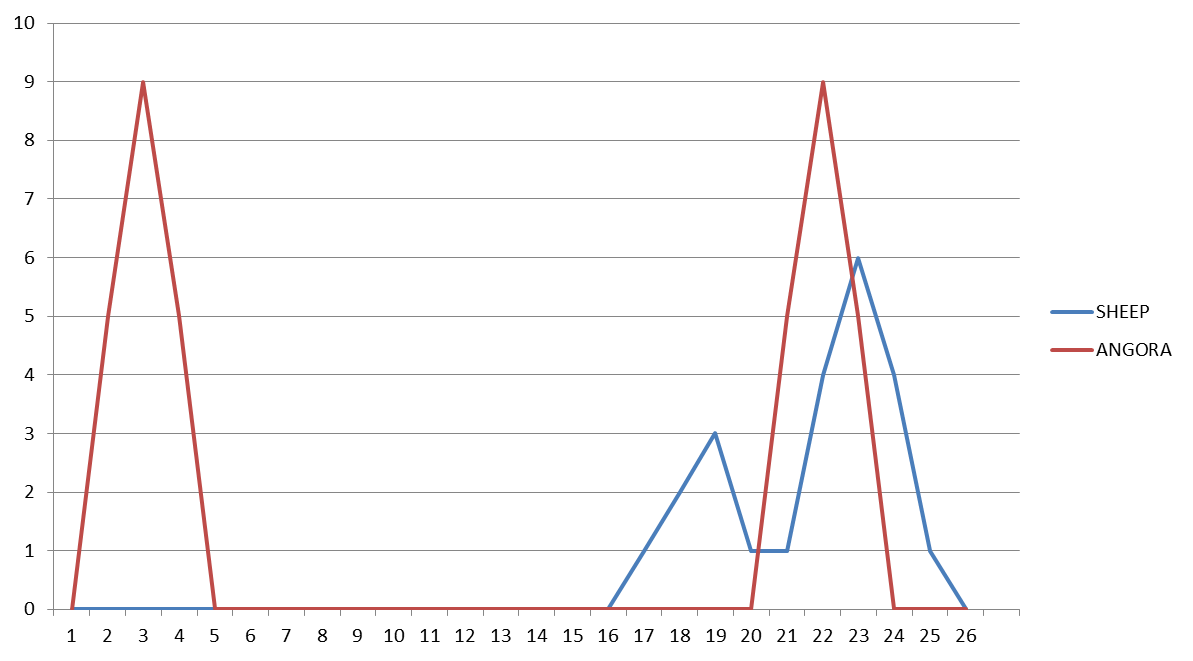 Ewes cycling coming into heat after rams are introduced

Sheep ewes are more complicated and differ in that:

The natural time for mating Angora goats (autumn) coincides with the time of the year when natural grazing is good and will normally satisfy the feeding needs of the "dry" ewe. For breeding ewes, however, there is sufficient proof that the practice of stimulatory (“flush”) feeding can raise conception figures and the eventual kidding percentage. The relative effect of flush feeding will increase with a decline in the state of the natural grazing. In the case of young two-tooth ewes mated for the first time, the effect of flush feeding will be most dramatic and in this case at least, should always be applied.

It is well accepted that ewes under 27-28 kg have poorer kidding percentages.