‘Rooiderm’ is a term that is used for a number of different conditions in the Angora goat. In this case the ‘Twisted gut’ or ‘Draaiderm’ leads to the bloody red colouring of the intestine, and hence the name ‘rooiderm’. This must not to be confused with ‘Rooiderm’ caused by the Clostridium perfringens group of bacteria. 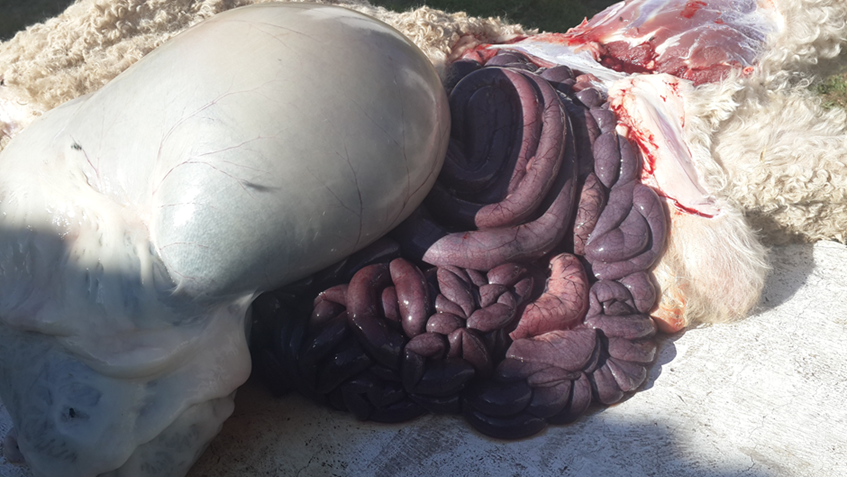 Twisted gut is rare but may occur in Angora goats when: 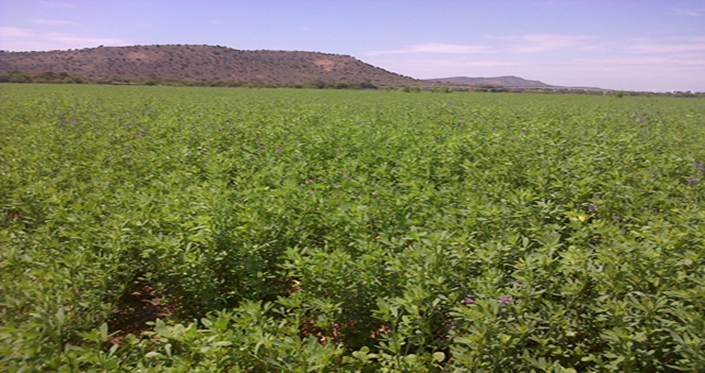 The twisted gut leads to the blood supply to the intestine been occluded which rapidly leads to toxic shock and death within hours.

The twist is usually in a clockwise direction. 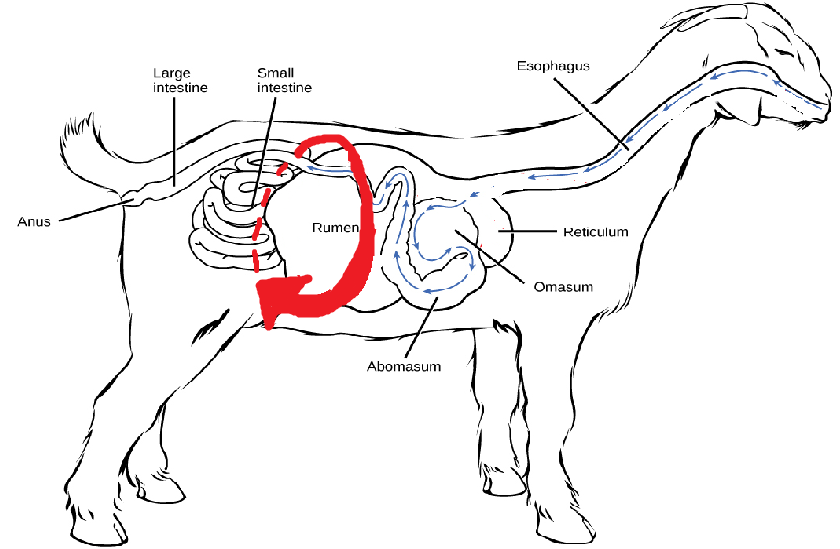 Due to the acute nature of the condition and rapid deterioration the goats are usually just found dead. If the twisted gut occurs when handling the goats such as at shearing the goat:

The dead goat may bloat quickly after death. When opening the abdomen the dark red gassy intestine will usually push out. The faecal content of the intestine is bloody 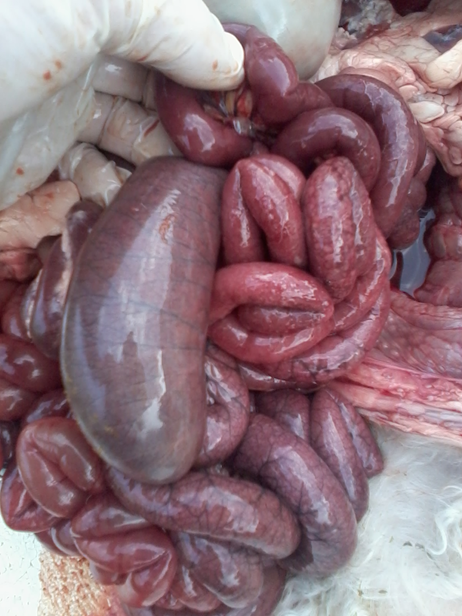 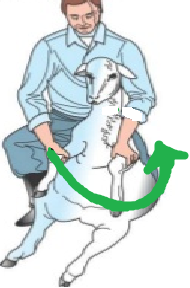 Due to the rapid deterioration of the goat after the twist has occurred the goats are usually found dead. For example a goat may be found dead in the kraal after shearing. There is often very little that can be done and it is often best not to let these goats suffer. There are farmers who have ‘rolled’ the goats in order to untwist the gut and have ‘resolved’ the problem. The chances however are slim and rolling the goat the wrong way may only tighten the twist.

Of the Post Mortems I have conducted on ‘twisted guts’ I have found them to be rotated ‘clockwise’- That is if you standing behind the goat and looking towards the head the rotation of the gut is in a clockwise direction.

So in theory place the goat in a sitting position or on its side. The goat is rapidly rolled to its left (clockwise) in order to attempt to unwind the twist. 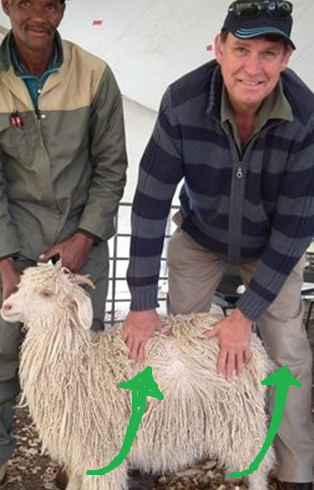