Coccidiosis is one of the most important diseases affecting Angora goat kids. Outbreaks can lead to losses but most commonly the chronic form of the disease results in poor growth, production and also lowers their resistance to disease and parasites.

It is well known in previous research that treating lambs with toltrazuril (Baycox 5%), within the first month of life, provides early persistent elimination of the most highly pathogenic Coccidiodis (Eimeria) species. The product has, in fact, proved to be extremely and continually effective in the two months following treatment.

Lambs treated with diclazuril (Vecoxan) showed a drastic reduction in the most pathogenic coccidial species. The obtained data are in accordance with similar previous works performed.

The results of studies by Manuela Diaferia et al on lambs are reflected in the graph below showing the efficacy of the treatments Baycox and Vecoxan : 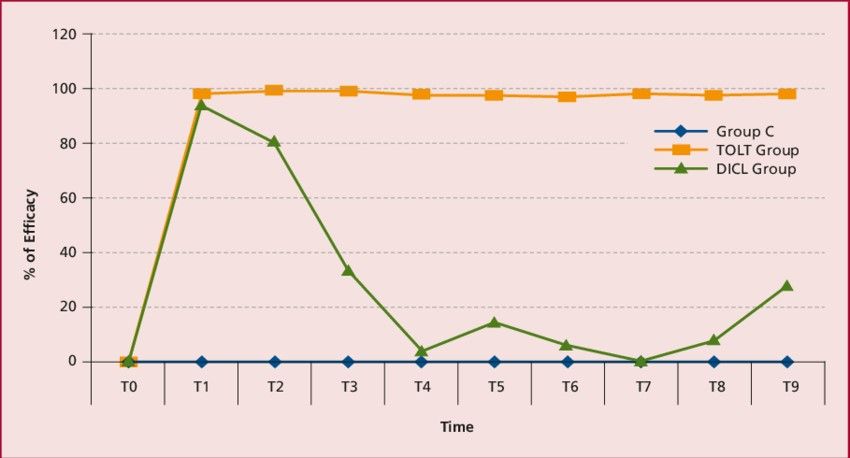 However……..what is the situation in Angora kids?

Due to feedback from producers about the reported lack of efficacy in Angora kids of Baycox and Vecoxan (which producers had reported to manufactures) I decided to do a field study to see what was actually happening to cocci oocyte counts after treatment.

Thanks to Francois Theron and his staff of the farm Eenzaamheid for treating and helping sample his kids. Thanks also to the Grootfontein lab for doing the faecal oocyte counts. 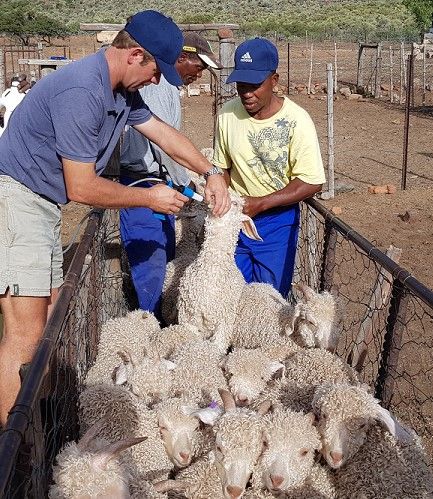 Francois Theron and his staff

The kids were born mid-August and were first treated with Baycox in mid-November. They were shorn on the 10th January and we started the study on the 22nd January.

Kids were randomly divided into the study groups (35 in each group). They were tagged and weighed.

The study started first with Baycox and with time we added Vecoxan, Maxisulf LA and Deccox. 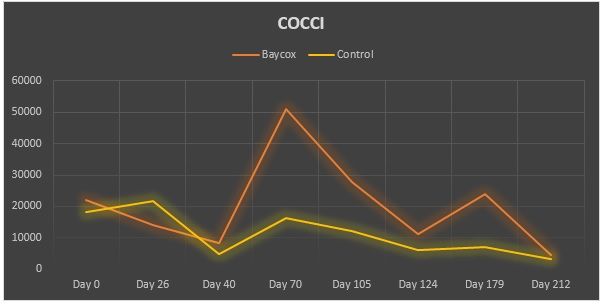 The Kids were treated with Vecoxan three times over a period of 182 days (about 6 months). 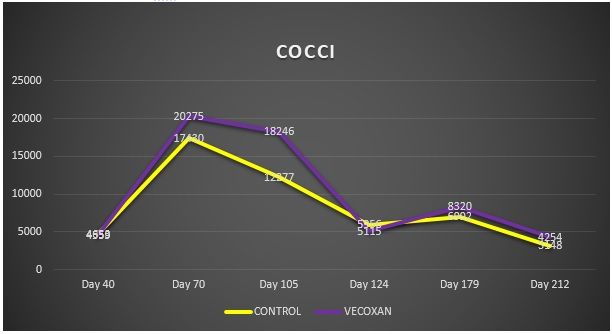 With our two main treatment products now apparently having no effect in Angora goat kids we then had the problem of trying to finding an alternative treatment.

Sulfonamides are a group of drugs used for treatment of coccidiosis, amongst other diseases. There are several types with efficacy against coccidian as long as  treatment is continued for at least 4 days to be effective. Injecting a flock of Angora kids on a daily basis for 4 days is not very practical and would be stressful. However, we wanted to look at the impact of using Maxisulf LA as single injections at intervals.

Running out of treatment options, we looked at using feed additives as another possible way of controlling and treating coccidiosis.

Feed additives that could be considered are:

The kids had all previously been running on lands and were receiving pellets as a supplement so we randomly selected another 30 kids out of the control flock.

If we look at the weight gain of feeding the 250g/day of treated pellets to the kids over the 33 days. 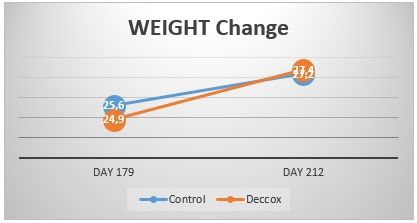 Costs involved as a rough idea of the study (33 day period).

The kids’ weights on average were 27.4kg at the time of treatment with Deccox but treating for the heaviest goat 35kg we would need about 200g/day of the pellets. We fed the kids on average 250g pellets a day.

Thanks to FJ Feeds for making the Deccox pellets and to SAMGA for sponsoring the pellets.

We did this in order to feed less pellets and so decrease the cost of pellets required to treat the kids.

It must be remembered that treatment of Coccidiosis is just part of the disease as stress and many pre-disposing factors have a major impact.

Eliminating the predisposing causes is vital. For more information on the disease see the SAMGA website https://www.angoras.co.za/page/coccidiosis#29