Should I vaccinate my Angora Goats against Rift Valley Fever (RVF)?

The question I regularly get asked is: ‘Should I vaccinate my Angora goats against Rift Valley Fever?’

One thing is for sure is that we will get an outbreak of RVF again in the karoo……….the unknown part is just when? One hopes not again on our watch!

Due to the extent of the outbreak during 2010-11 it is very likely that most of our Angora goats would have been naturally exposed to the virus and so became naturally ‘vaccinated’. Over the following years however, our ‘vaccinated’ Angora ewe flocks would have been largely replaced by maiden ewes joining each year and the older ewes being culled.  As the proportion of immune goats declines (now 6 years after the last outbreak) in our flocks, the possibility of an outbreak will increase if the rainfall conditions trigger an explosion of vector numbers in late summer.

We can learn from the past outbreaks to try to help us look into the future.

The three major RVF epidemics in the Karoo (1950–1951, 1973–1976 and 2010–2011) can be identified in the graph below. (Nicolaas J. Pienaar and Peter Thompson of Department of Production Animal Studies, University of Pretoria and Directorate Animal Health,Department of Agriculture, South Africa) 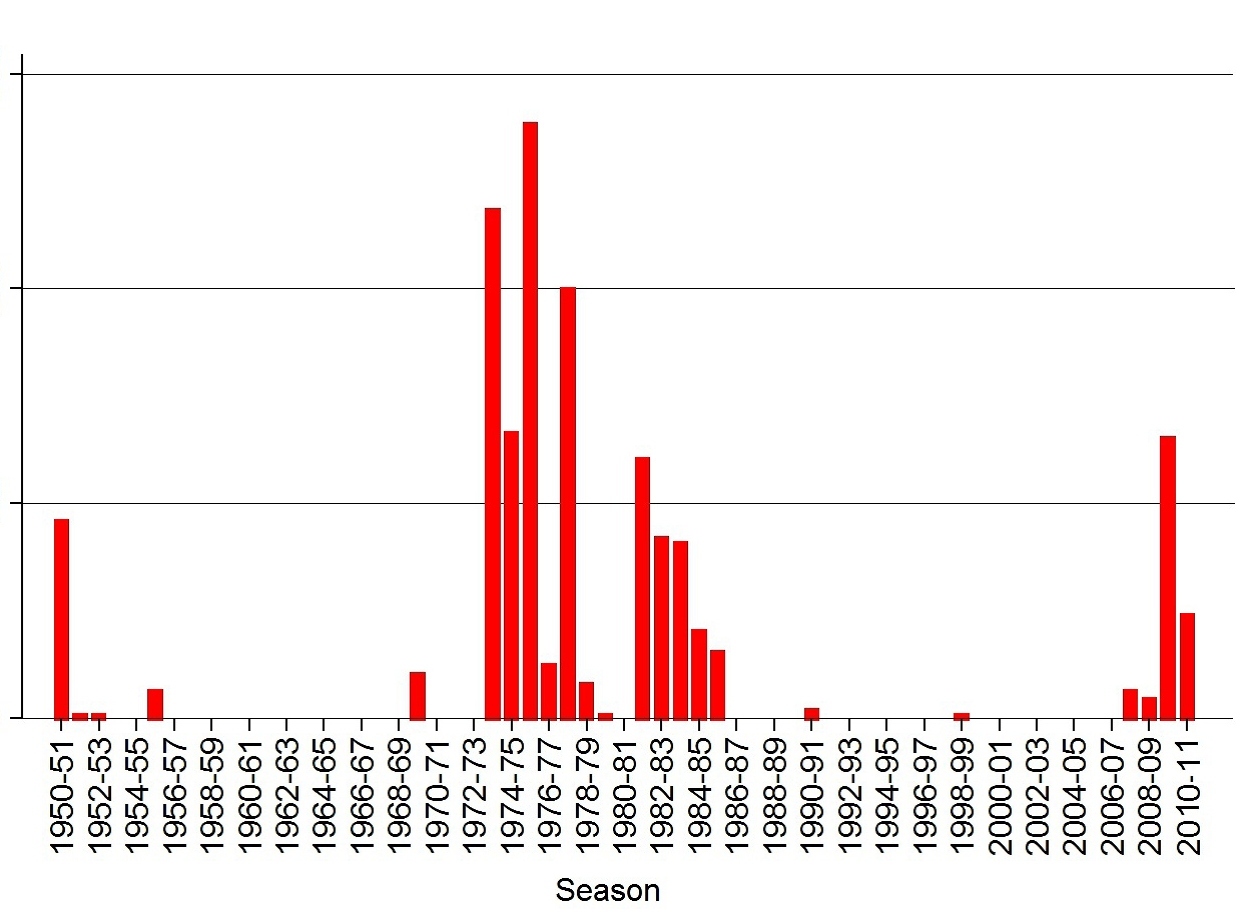 From the graph, it also becomes evident that after a large epidemic, such as the ones experienced during 1950–1951 and 1973–1976, outbreaks continue to occur for several years after the epidemic when conditions favoured the vectors (mosquitoes).

This would suggest that we need to aware that it is still possible to have more outbreaks over the next few years if we get excessively high rainfall patterns over the later summer months.

Studies in Africa indicated that the RVF virus activity was more likely after cumulative rainfall, rather than heavy precipitation over a short period.

Another aspect of the outbreaks which we can gather is that:

The number of outbreaks (1951 to 2011) are plotted in the graph below from studies by J. Pienaar and P. Thompson 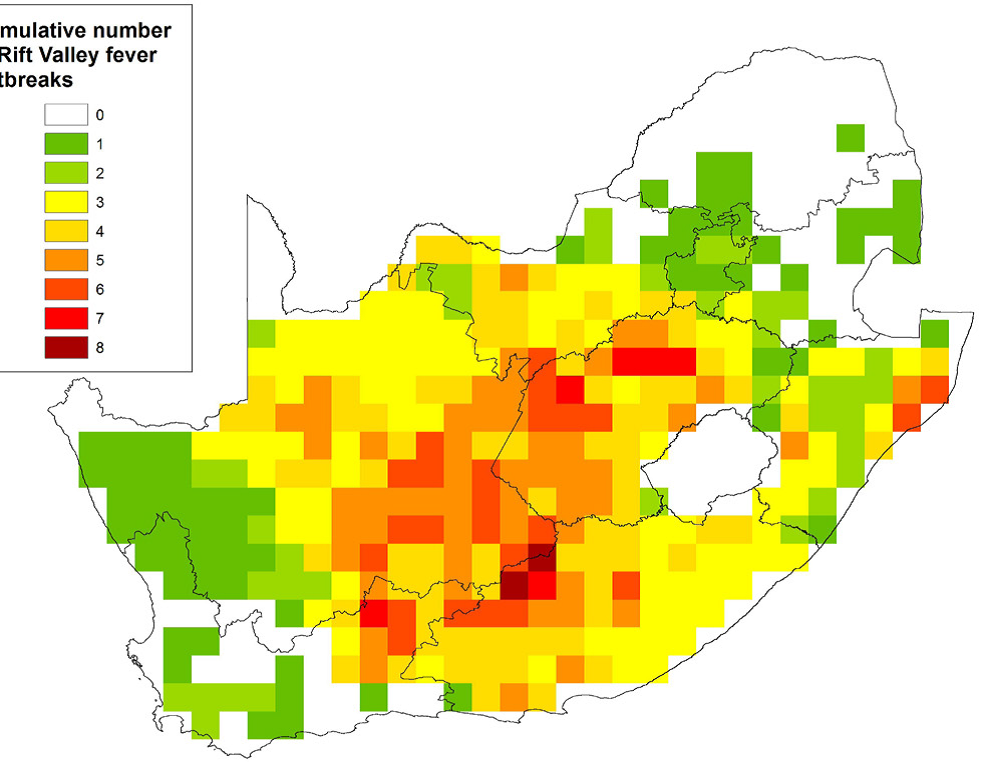 We should be vaccinating our Angora ewe flocks.

If, as a farmer, you are reluctant to vaccinate your Angora goats then I would suggest you at least vaccinate just your maiden ewes as a once off each year (with the live attenuated RVF vaccine) as they enter your ewe flock and again if above average rainfall occurs. Repeating the vaccine will likely stimulate a better immune response than a single vaccination. Vaccinating at the time of an outbreak with the live RVF vaccine is NOT recommended and may exasperate the situation as a reversion to virulence is a possibility as may have occurred in 2010-11. Only a ‘dead’ vaccine should be used during an outbreak.

What happens to the virus between outbreaks?

Serological evidence of low-level circulation of RVF virus in African buffalo has been found in the Kruger National Park and antibodies have been found in several wildlife species.

On the positive side, Angora goats are thought to be slightly less severely affected than sheep. The disease can be classified into 4 grades depending on severity.

Temporal and spatial history of Rift Valley fever in South Africa: 1950 to 2011