Brown Stomach worm and coccidiosis can have a significant impact on weaned Angora goat kids especially in the autumn and early winter (March-June).

Brown stomach worm may lead to the following clinical signs: 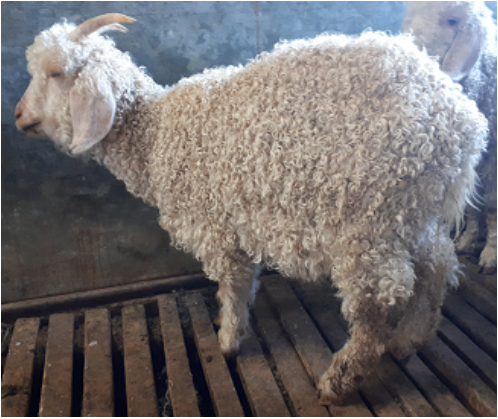 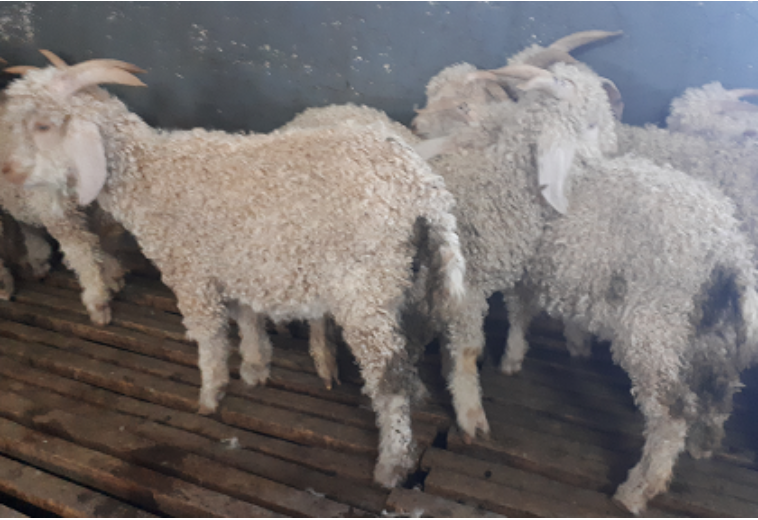 A field study was conducted on an Angora goat farm by the SAMGA Vet to investigate Angora kid deaths. Faecal samples and blood Albumin (blood protein) were evaluated from 36 Angora kids from this outbreak.

Post Mortems were conducted on kids that had died in this outbreak which confirmed Brown stomach worm, coccidiosis and ultimately HYPOPROTEINEMIA as the cause of death.

What are normal Albumin levels in Angora goat kids?

What causes the blood protein levels to drop?

How can we get these kids to recover as quickly as possible?

Different on farm treatments were administered and compared in order to normalise the blood protein (Albumin) as soon as possible.

The screening test involved 5 kids in each treated treatment group.

Faecal samples were checked on day 14 and were clean

In Addition to Coccidiosis and Brown stomach worm being treated with Vecoxan and First Drench (except Group F only coccidiosis treated) the different treatments groups in addition received:

F: No treatment until day 7 when the kids were treated as E (just parasites) due to welfare concerns.

Group F (Vecoxan only) were treated for with First Drench) on day 8 due to welfare concerns.

What are the possible reasons for the differences in the recovery rates of the treated groups?

Remember this is a very small sample (n=5) in each treatment group so must be taken in context.

We can see from the graph that the protein levels continued to drop. For welfare reasons we treated these kids for BSW on day 7 after which they started to improve. It is quite obvious that the underlying the main underlying problem of Brown Stomach must be treated.

It is clear from the graph that these kids were slower to recover after only receiving the parasite treatment. They recovered at a similar rate to Group D (ad lib pellets)

It appears that up until day 28 the kids with ad lib pellets did not perform much better than the equivalent kids in the veld (E). The rate of improvement increased after day 21.

The damage to the parietal cells (acid secreting) lining the abomasum will result in a sub-optimum pH of the abomasum (more alkaline). The higher pH results in Trypsinogen and Pepsinogen not being converted to Pepsin and Trypsin so digestion of the pellets is ineffective. The lack of fibre and an adaption period may also contribute to this extended period. I would speculate that it takes about 3 weeks for the abomasum and intestinal wall to recover from the damage caused by the BSW and coccidiosis. The initial feeding to day 21 does not appear to be of any benefit. From day 21 we see a rapid closing of the gap as the protein in the pellets starts being utilised after abomasum function and healing of the abomasum and intestinal wall has occurred.

This was a surprise to me as I was not expecting much benefit from the use of antibiotics in these cases as is evident in the first 14 days. Due to the mucosal damage of the intestinal wall (Cocci) and abomasum wall (BSW) there could be a secondary bacterial invasion which the antibiotic may have eliminated resulting in a quicker healing process. The antibiotic may also have an influence on bacterial overgrowth following the altered digestive system.

The improvement in the kids injected with dexamethasone (steroid) may be due to the reduction of the inflammation of the abomasum and intestinal wall following damage by the BSW and cocci.

It can be concluded that there is a benefit to treating hypoproteinaemia in kids following brown stomach worm and coccidiosis on the farm by:

It is interesting to note the extended time for the group as a whole to recover from HYPOPROTEINEMIA. The Albumin level recovery period appear to take 50-60 days in these badly effected kids as can be  seen in the graph below. (‘normal’ albumin level of >30g/l) 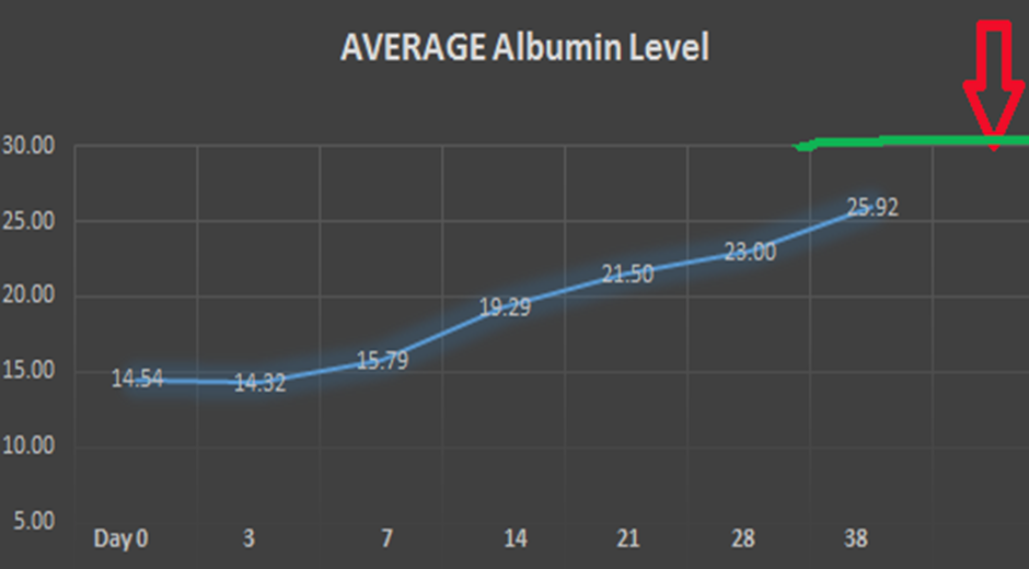 The importance of NUTRITION as