There are farmers who are now considering using genotyping to select for the ‘hardy gene’ in their Angora goats. The current cost  for DNA isolation and genotyping would suggest selection on the sire side may be cost effective.

Research has been carried out over the years on the continual loss of newly shorn Angora goats during cold spells. An estimated 60 000 to 70 000 goats died from exposure to cold conditions over a ten year period from 1997 to 2007.

Cold stress related deaths were implicated to a dysfunction in the adrenal cortex. It is the normal reaction of a goat when under stress (cold stress) to produce cortisol (a steroid hormone). The reason that cortisol is so critical is that the glucose requirement of a cold goats is 66% higher than goats under normal conditions. A lack of glucose results in a drop of the goat’s body temperature, heart function so resulting in possible death.

The chief role of cortisol is:

3 genotypes H0,  He and  Hu differed in the CYP 17 gene. (He having significantly more Cortisol ).

What are the the 3 genes? 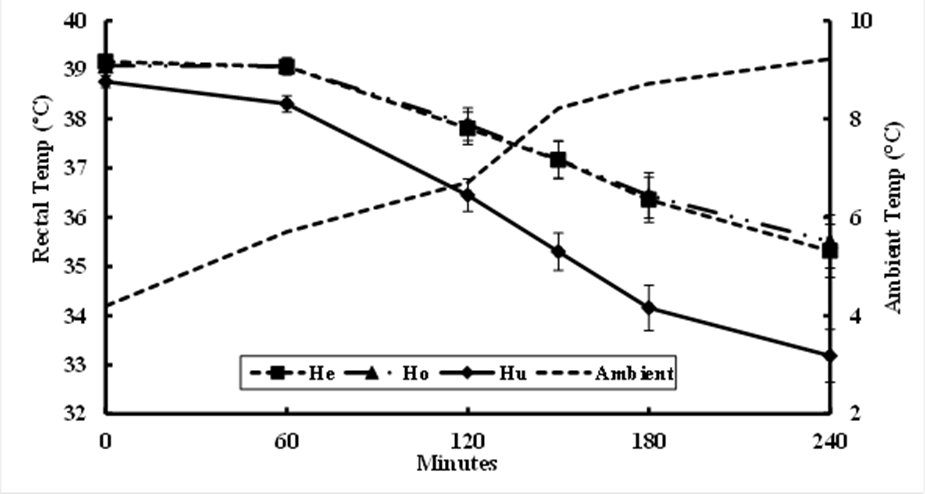 Why has the lack of cortisol production occurred in the Angora goat?

Are there any concerns about selecting for the hardy gene and reducing hair production? 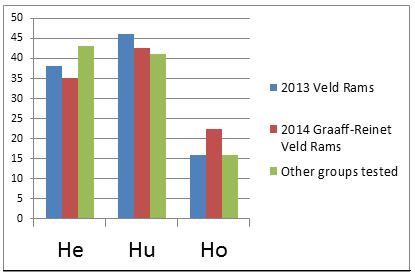 What genes are currently out there?

Does the hardy gene have any influence on internal parasites?

A study was done to Rank the Veld rams for resistance to internal parasites by SAMGA in 2014.

These rams were then compared to the prevalence of the hardy gene in the top 50% of resistant goats. 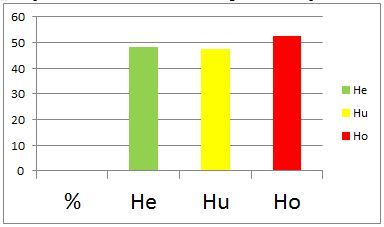 If a He ram is identified and used in breeding then the initial offspring possibilities initially include.

Therefore in a breeding program where sires where selected for the hardy gene it would not take long to breed a hardy flock of Angora goats.

How can farmers proceed?

The way forward for breeders interested in incorporating the CYP17 genotype into their selection strategy,

For farmers who wish to genotype their rams, blood samples should be collected and send to Stellenbosch University for genotyping. The genotyping cost is estimated to be between R250 and R300 per sample, for a minimum of 50 samples. Arrange beforehand with Dr Karl Storbeck (storbeck@sun.ac.za) when you plan to genotype the animals.

1.Ask a veterinarian to assist with the collection of blood samples.

Blood samples should be collected from the left jugular vein of the animals into 10 ml EDTA plastic vacutainer blood collection tubes. A new, sterile needle should be used for each animal.