Under extensive or drought conditions it is a known fact that feed supplementation positively influences most production characteristics.

Lucern hay is used extensively by Mohair farmers under intensive conditions, as a supplementary feed during times of poorer veld quality, during pregnant ewe management and supplementation as well as kids between weaning and 18 months of age.

To answer these questions we can look at trials (King, Sumner, Wentzel,  Schlebush and  Herselmanis) to establish the optimal level of energy supplementation required for reproducing ewes receiving lucerne hay ad lib.

4 different feeding treatments where applied to different stages of the reproductive cycle.

3 stages of the ewe reproductive cycle were evaluated. 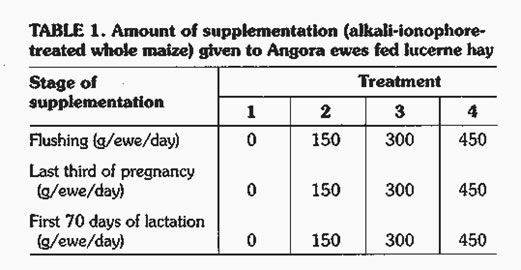 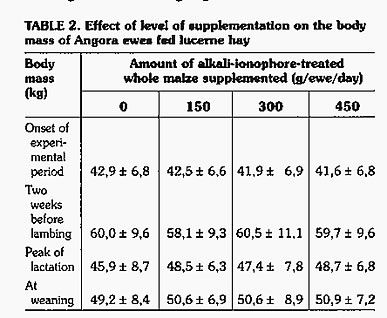 From Table 2 it is evident that none of the treatment levels had any effect on body mass at any stage of the experiment. This result was contrary to what was expected.

(b) What effect would the different feeding levels have on the mohair of the kids of these ewes? 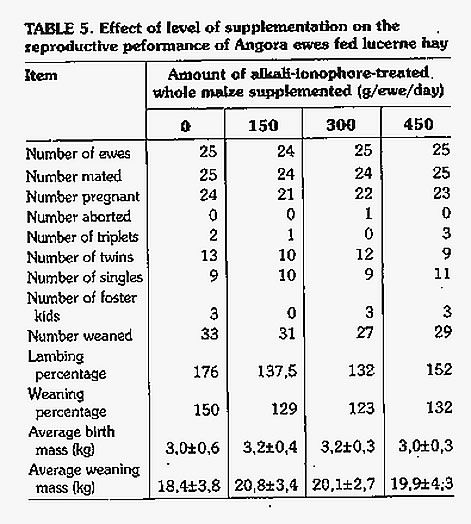 The feed value of Lucerne hay

The feed value of Lucerne hay is demonstrated in work by Herselman and Smith who demonstrated the practical importance of energy requirements in non-grazing systems such as feeding schemes in kraals to overcome serious droughts.

Under such conditions a maintenance ration is usually fed just to keep animals alive. The maintenance requirements of Angora goats at different live weights and equating to mass of Lucerne hay. 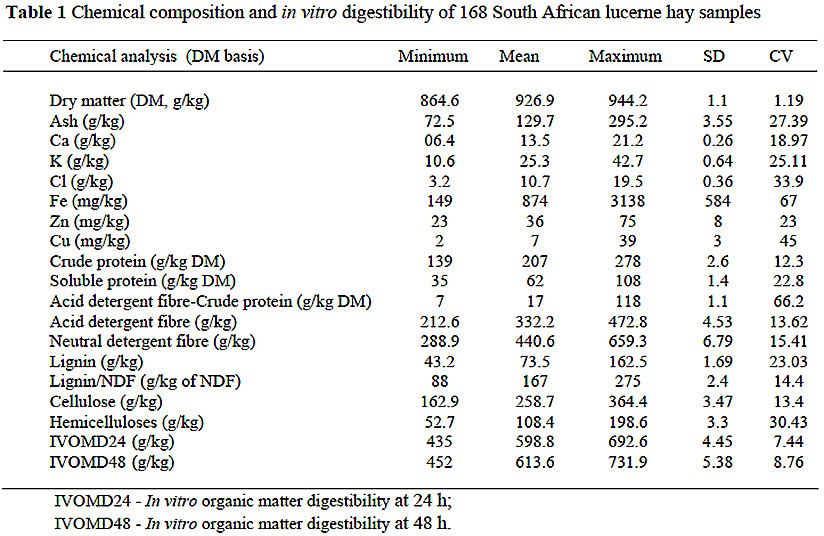