The duwweltjie usually grows in disturbed soil such as old lands, or overgrazed areas around kraals and homesteads. It is thought they can be more prone to poisoning when growing in sandy soil in ‘vleis’ ‘leegtes’ and along river courses. Poisoning therefore is often reported as occurring in certain camps on farms.  The duwweltjie plant is usually not poisonous and considered palatable.

When does the poisoning occur?

Cases of poisoning are usually seen in late summer after rain when the duwweljie grows rapidly. It can become toxic if a period of hot dry weather follows the rain leading to wilting. The duwweltjie is often poisonous 2-6 weeks after the rain.  The poisoning can be aggravated when the plant develops a fungal growth of Pithomyces chartarum.  Not all wilted duwweltjie plants are poisonous. The symptoms of facial eczema only develop 10-14 days after the initial poisoning.

Once the duwweltjie becomes poisonous it remains poisonous until the plant has completely dried up or rains turn the plant green again.

Tribulus terrestris (duwweltjie)  is a perennial, flat-growing, creeper with an underground root system from which a number of branches develop annually, spreading around to cover the soil. The leaves are compound with 5 - 8 pairs of leaflets. These are even woolly when young.  The small yellow flowers are borne in the axils of the leaves.  The woody fruit (thorns) have strong, sharp, conical, spiny growths. 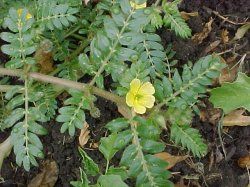 How does it cause poisoning?

The toxic principle is a steroidal saponin.

Scientifically hydrolysis of a steroidal saponin within the plant after wilting is converted to diosgenin with subsequent hydrogenation, reduction and epimerisation occurring in the rumen.

Epismilagenin and episarsasapogenin, amongst others, are formed, absorbed and conjugated with glucuronic acid in the liver to be excreted via the bile.

However, the epismilagenin and episarsasapogenin glucuronides bind to calcium to form an insoluble salt which precipitates to form biliary crystals which obstruct the bile ducts. The obstruction of the bile duct leads to icterus and photosensitivity.

The signs can occur 2 days (usually 4) after poisoning while the facial eczema may take 10-14 days to be seen. 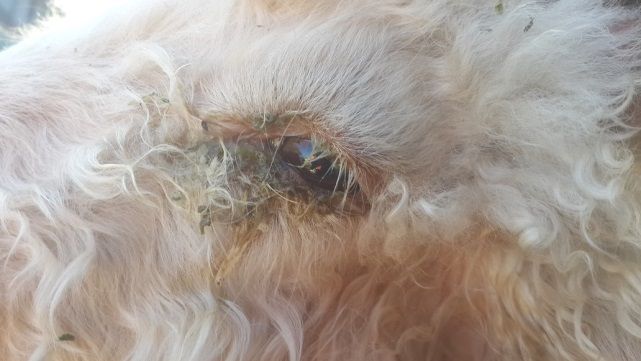 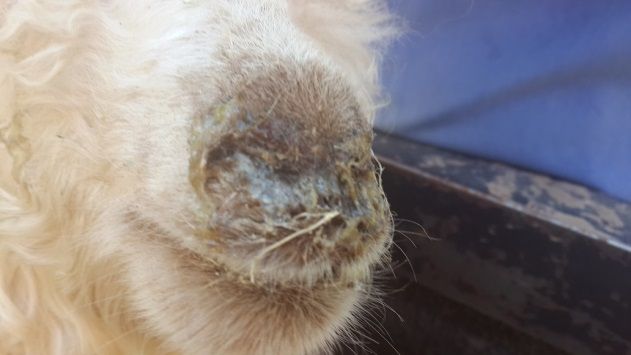 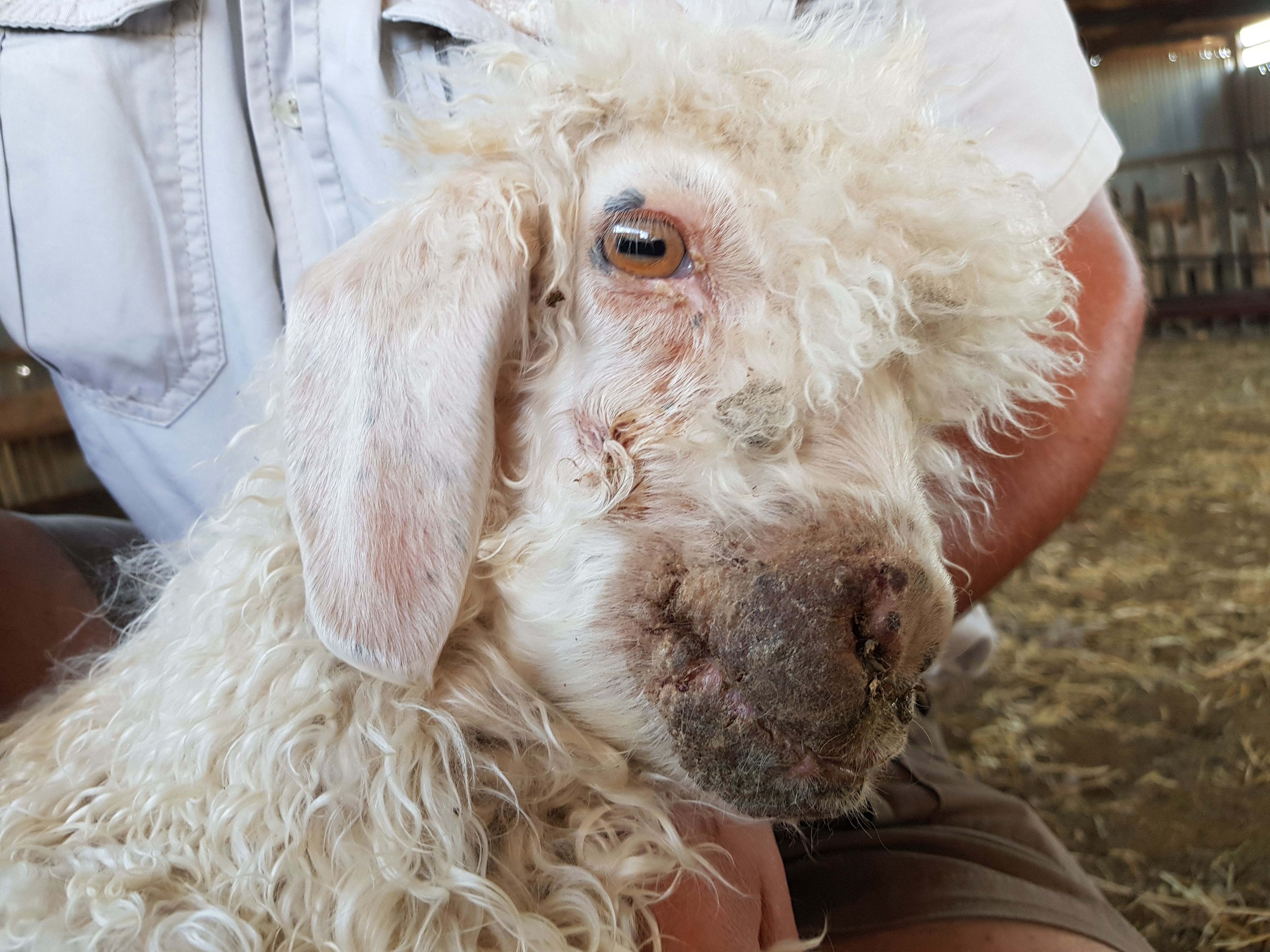 Early signs of photosensitivity, discharge and inflammation of eyes and nasal septum

The goats with low doses of poisoning recover after about 3 days however the skin may become hard and start sluffing after about 10 days. 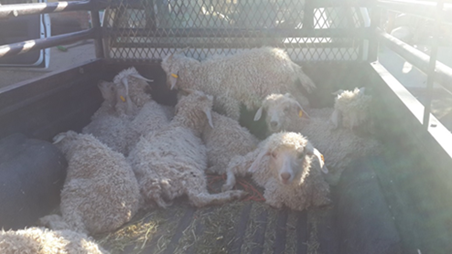 Effected goats on the back of a bakkie

Where severe sluffing of tissue occurs such as loss of lips then euthanasia must be considered.