Milk production by the Angora Ewe
By Dr Mackie Hobson

Kid survival is dependent on a number of factors (excluding predators). Milk production by the ewe is an important factor in kid survival and growth. Angora goat ewes are naturally poor milk producers.

14.2% of kid deaths are due to udder and teat problems and poor milk production accounts for 8.7% of deaths

80% of the kids that die do so in the first month due to factors influenced by nutrition of the ewe during late pregnancy and early lactation.

The nutrition of the ewe between day 90 and kidding (day 150) has a major impact not only on birth mass but also udder development, colostrum and mothering instinct.

The Angora ewe is a naturally a poor milk producer so the importance of nutrition must be emphasized.

Kids dry matter intake (veld) increases dramatically after at about 6 weeks of age and so the kid become less dependent on the ewe.

Kids from ewes on low Energy (LE) and a low Protein (LP) diet are already deficient at 3 weeks.

Angora goat ewes were divided into 4 feeding groups during the last trimester of pregnancy (day 90-120) and fed different diets. 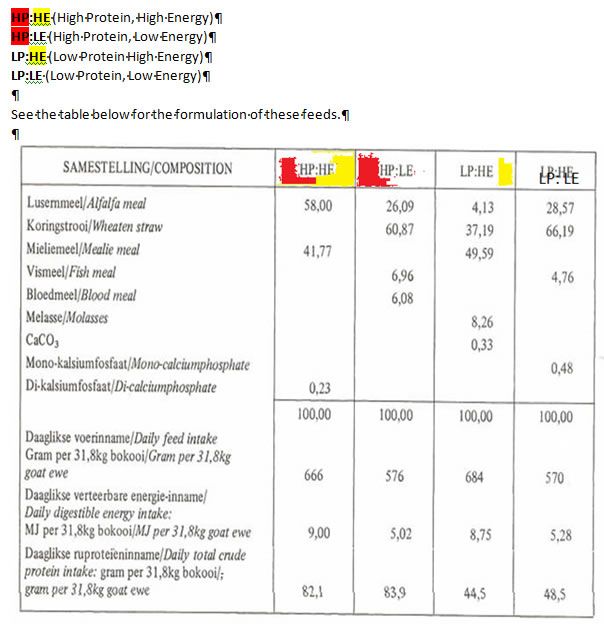 The important effect of nutrition on milk production by the Angora ewe can be visualised in the above graphs.