The impact of Brown Stomach Worm (and Coccidiosis) on Angora Kids

The natural and acquired immunity of weaned Angora kids under 9 months is very poor and hence why they are particularly susceptible to Brown Stomach Worm (BSW) during Autumn and early winter.

In the spring when the risk of BSW is high, but the kids are now a year old, so have a more developed immune system to deal with the challenge. Angora goats are generally much more susceptible than sheep to BSW. 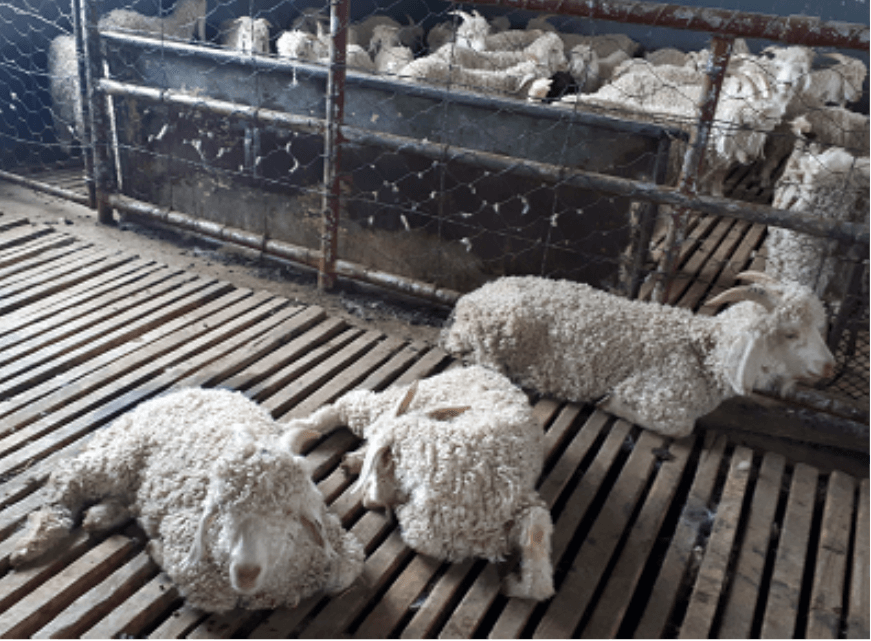 The infective stage 3 larvae develop 5-6 days after the eggs hatch. These infective larvae are relatively tough and are capable of overwintering in cold conditions. Once the L3 larvae are taken in by the grazing goat they leave their protective sheath after 3 days and penetrate the lining of the abomasum. Brown stomach worm larvae do not feed on blood, but damage the lining of the stomach as they mature to adult worms. For this reason pale mucous membranes (anaemia) are not such a significant feature compared to ‘wireworm’ infestations.

Adults (about 10mm in length) develop after about 9 days and the adult females start producing eggs (50-100 eggs a day) at about 18-21 days after infection. The larvae can become ‘hypobiotic’ and remain dormant for several months in the abomasum to emerge the following spring.

What damage does the BSW larvae do? 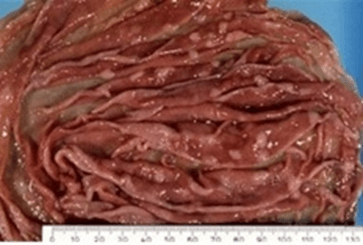 What damage does Coccidiosis do?

There are many stages in the development of the coccidia, and at each stage intestinal cells are invaded and then destroyed – causing repeated damage to the intestine. The intestinal damage can release blood and cause inflammation of the lining of the gut. The animal loses blood, water and protein and cannot absorb nutrients as efficiently. If enough damage is done, it becomes extremely ill and may die. Angora goats are less prone to haemorrhage (bleeding) than sheep as a clinical sign.

What causes the blood protein levels of the goats to drop? 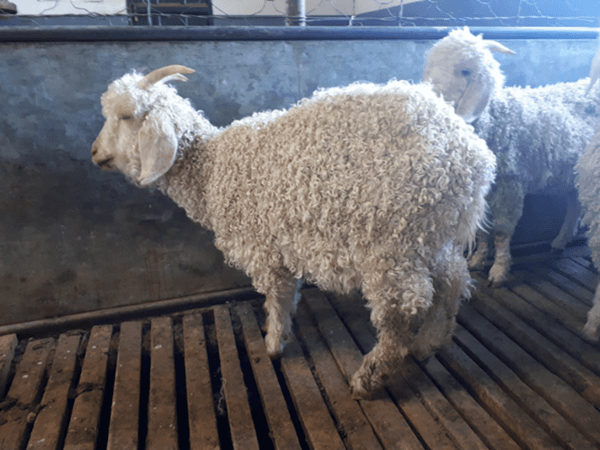 Photo: An Angora kid with heavy Brown Stomach Worm and Coccidiosis showing ‘swelling disease’. Note there is no significant diarrhoea.

A case study involved 9 month old Angora kids which had been dosed with a levamisole containing product 10 days earlier. The kids were weak, showed a loss in condition, some had diarrhoea and a few kids showed swelling ‘swelsiekte’ and deaths were reported.

A post mortem was conducted to determine the cause of deaths.

36 of kids showing clinical signs of weakness, oedema (swelling) and diarrhoea were:

The Albumin levels were checked arranged highest to lowest in the table below. 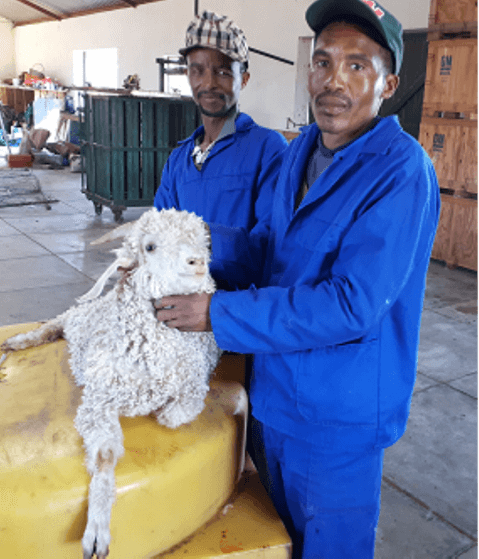 The RED (table above) indicated kids that died post treatment. It is interesting to note that:

Faecal samples were checked on day 14 to ensure no parasites remained.

What are ‘normal’ Albumen levels in Angora goat kids?

From this graph it can be extrapolated that it would take between 50-60 days for these kids to return to ‘normal’ after having had a severe brown stomach worm/coccidiosis infection.

A study field study of different treatments has was also done to determine if any treatment protocol resulted in a quicker recovery to normal albumen levels. SAMGA Website