A young Angora goat ram was presented with a swelling of the mandible (jaw) and its tongue protruding to the right. The ram had difficulty swallowing and was in a poorer condition than his peers. 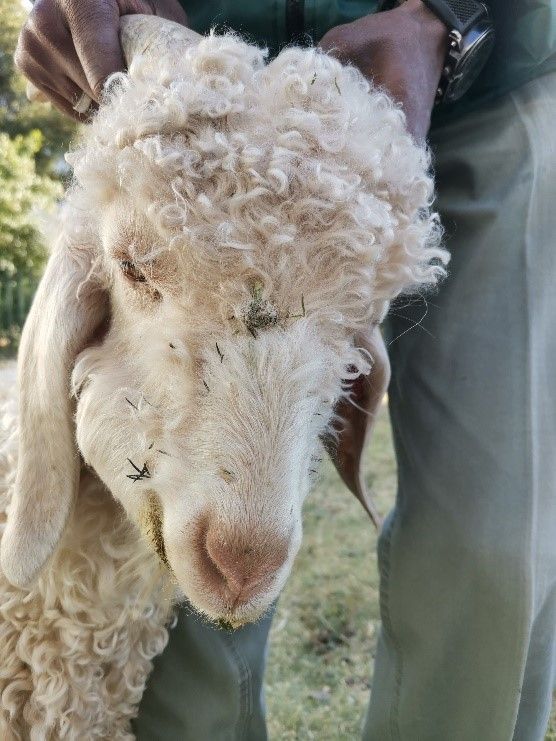 Ram with the visible swelling of the right mandible (jaw) above

An X-ray was taken of the jaw and a fine needle aspirate sample was taken from the swelling. 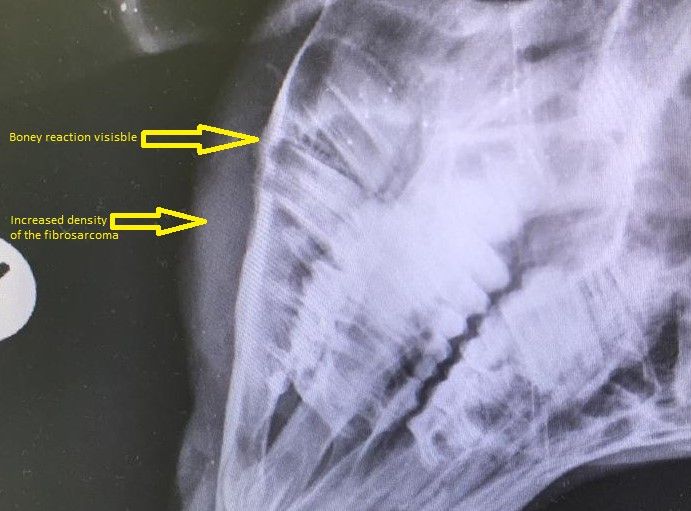 The cytological diagnosis of the aspirate was that of a mesenchymal tumour with the most likely being a Fibrosarcoma.

With the ram being unable to swallow effectively and with the results indicating cancer (Fibrosarcoma) the ram was humanely euthanased by injection.

A post mortem was done to determine the effect of the tumour. 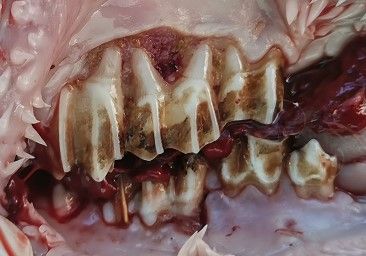 The molar teeth of the young Angora ram showing the loss of bone around the roots of the molars on both the upper (maxilla) and lower (mandible). This was largely due to the inability of the ram to chew on this side leading to feed material accumulating in the cheek pouch. This appear to have caused gingival recession and bone loss around the roots of both upper and lower molars although the tumour was in the mandible (lower jaw). 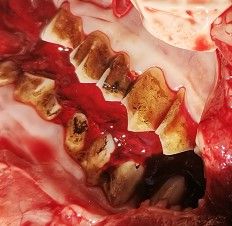 Compare the previous photo to the appearance of the molars on the opposite (normal) side.

As far as we are currently aware this is considered a rare finding in Angora goats particularly in such a young goat.