Cold (Hypothermia) and the Angora goat

A lot of research has been conducted over the years into the aspect of cold, wet and windy conditions due to these losses.

How cold and wet must it be for deaths to occur?

What farmers do to reduce these losses? 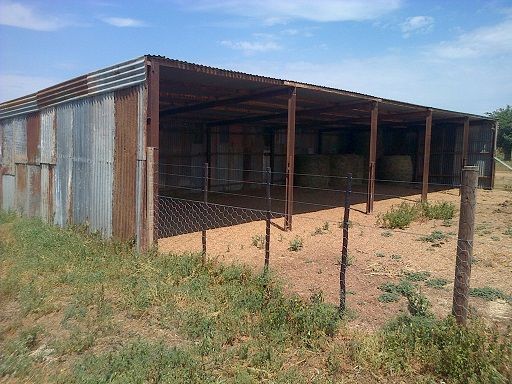 The smaller the shed the fewer kid mortalities. The ideal situation would be small sheds with  housing about 20 ewes but is not always practical.

Why is feeding a cold Angora goat so important?

Wentzel  conducted a trial where  mature pregnant and young (two-tooth) shorn Angora does were subjected to cold (0-5°C), wet and windy conditions. According to the results:

Treatment of the collapsed experimental goats by intravenous glucose resulted in the rapid recovery of the cold stressed goats.

Giving intravenous emergency glucose treatment is obviously not a practical way for farmers to treat the problem so researches looked at raising the glucose levels via nutrition.

Trials prove that the increase in circulating glucose is directly related to the amount of starch ingested by the goat (Wentzel, 1980)

The feeding of high starch diets has some serious risks if Angoras are not adapted to high concentrate diets and can result in:

Research conducted with the aim of overcoming the problem of acidosis led to the development of ‘chocolate milies’. Alkali-ionophore-treated whole grain (commonly known as chocolate grain - Wentzel, 1982, 1983) which prevented acidosis in goats not previously adapted to the diet.

During cold spells the timeous and rapid increase of the energy status of the cold stressed goat, achieved in this way, could be a crucial factor to prevent serious losses.

A long term solution is to select a hardy Angora goat that is best adapted to survival during these cold snaps.  Snyman, Storbeck, Swart in their research suggested that the Hu genotype is the most susceptible to cold stress while the He genotype was the most likely to survive during cold periods. Angora goats farmers could cost effectively select their rams with the He genotype. It has been shown that selecting for this genotype will not influence other production parameters negatively.

See the Article under the Reproduction section of our web page

The importance of nutrition during periods of cold must not be underestimated (critical in preganant Angora ewes to prevent abortions) but the long term solution may be the selection of a ‘hardy’ Angora goat.

Other research done to protect goats during cold weather.

In order to form some sort of protection against the elements trials where dipping Angora goats in an oil-based emulsion enabled the goats to maintain body temperature for a longer period of time than untreated animals were conducted by MA Snyman, PJ Griessel, M van Heerden & MJ Herselman (GADI) 1997.

Coats made from Ripstop proved that Angoras wearing the coats had rectal temperatures which dropped by 2.21C less than those goats not wearing coats (M.A. Snyman).

VAN HEERDEN, K.M., 1963. Investigations into the cause of abortions in Angora goats in South Africa. Onderstepoort J. Vet. Res. 30, 23.