Research by Gretha Snyman at Grootfontein has helped answer some of these questions. From the results (see the graphs below) it is evident that:

The Effect of EWE AGE on: 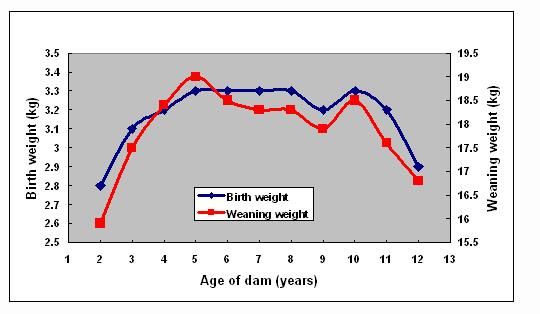 The effect of  reduced kid (ewe replacement) weight at 8 and 16 months is the impact on future reproductive performance of these kids. The lower reproductive efficiency of young ewes is largely be ascribed to their lower body weight. A body weight of 25 to 27 kg at 18 months of age is generally regarded as a minimum to ensure that young ewes conceive and are able to carry their foetuses to parturition. However, 40 % of young ewes in this study had mating body weights of less than 25 kg; the range being from 15 to 45.8 kg, depending on the respective rearing environments. Young ewes with mating weights less than 25 kg also had lower survival rates of their kids.

Management of the ewes

Body weight, age of the ewe and management system all have a significant effect on reproduction of Angora goats.

Effect of age on body weight of ewe: 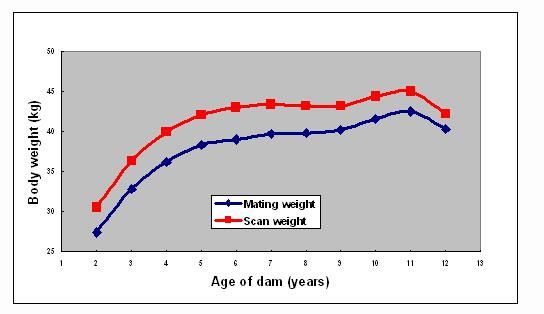 Most veld types in the Angora goat areas are unable to fulfil the protein and energy requirements of late pregnant and lactating Angora goat ewes which is reflected in the trial - lower reproductive performance of ewes run continuously under veld conditions.