Ionophore poisoning has occurred in Angora goats in the Karoo after being fed Chicken manure.

What causes the chicken litter to be be poisonous?

Monensin, lasalocid, salinomycin are examples of ionophores used as anticoccidial drugs added to poultry diets? Poultry are the least sensitive species to ionophores and tolerate high levels in their diets.

How do ionophores cause deaths in Angora goats?

Ionophores ingestion can cause altered ion transportation and disturbed cell function. This can cause decreased and abnormal heart function and ultimately heart failure.

Goats in good condition have been found dead without showing signs or die within 48 hours.

Signs may include weakness, stiffness and mild diarrhoea.

The goats tend to lie down and breath with increased effort.

The goats may die if handled or stressed.

When low levels of toxicity have occurred (chronic cases) the goats may appear weak, haematuria (brown urine) may occur. 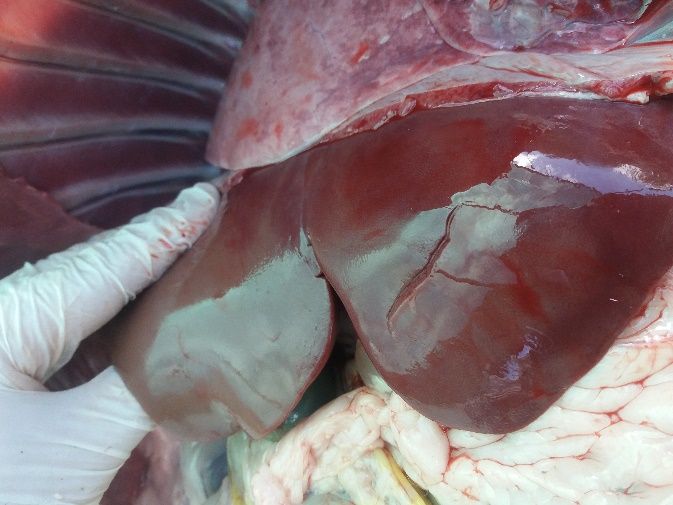 Macroscopic PM of Liver (may be enlarged with no obvious abnormality) Angora goat died of ionophore poisoning. 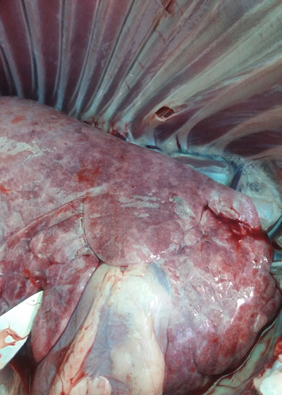 Toxic effectof ionophores can be increased by other drugs or minerals.

Other possibilities causes of death with similar signs: