While pre-weaning growth rates of ram and ewe kids may be satisfactory, post-weaning growth rates, in kids that do not receive supplementary feeding after weaning, are often very poor. Kids that are weaned lose weight fast due to “weaning shock” and under normal Karoo conditions can take too long to regain their weaning mass.

Low kidding percentages of two-toothed ewes frequently obtained by farmers as well as the high mortality rate that can occur from weaning until first mating is often due to this poor growth.During this period the mortality rate is on average 12, 5 % which is appreciably higher than in other types of small stock.

The effect of ‘weaning shock’ and the effect of nutrition can be seen in the following trials. The effect of weaning and nutrition on the growth rate of kids is demonstrated in experiments carried out when feeding weaned (removed from mothers) and un-weaned (left to graze with mothers until natural weaning occurs) kids.  (1 & 2 below)

One of the problems when supplementing feed while on the veld is that the kids do not utilise the veld as much. To determine the optimum amount of supplementation was the reason for the number of different rations in the trial.

Growth curve of the kids on the different feed below: 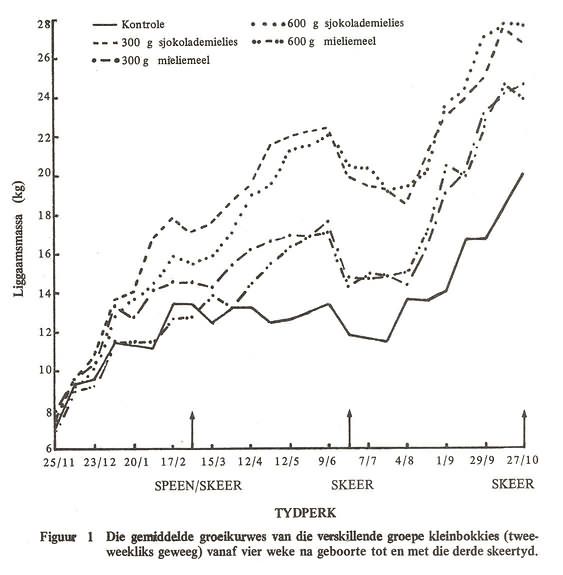 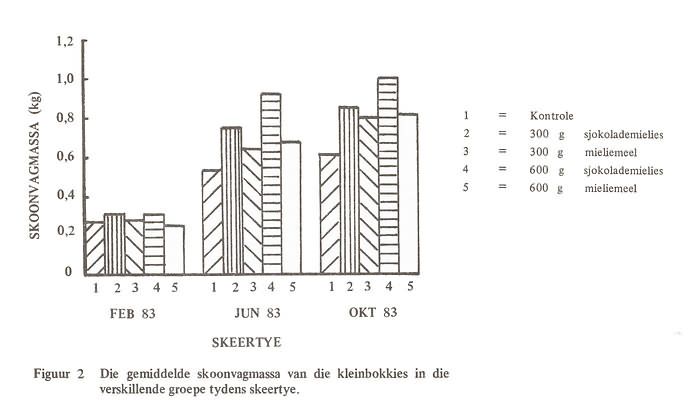