Pour-On Products: application to alternative sites on Angora Goats and the effect of Hair length

There are two different species of lice that are commonly found on Angora goats namely the red lice (Bovicola limbata) and the blue lice (Linognathus stenopsis). Red lice feed mainly on the dead flakes of skin and skin secretions, while blue lice attach to the goat while feeding on blood. 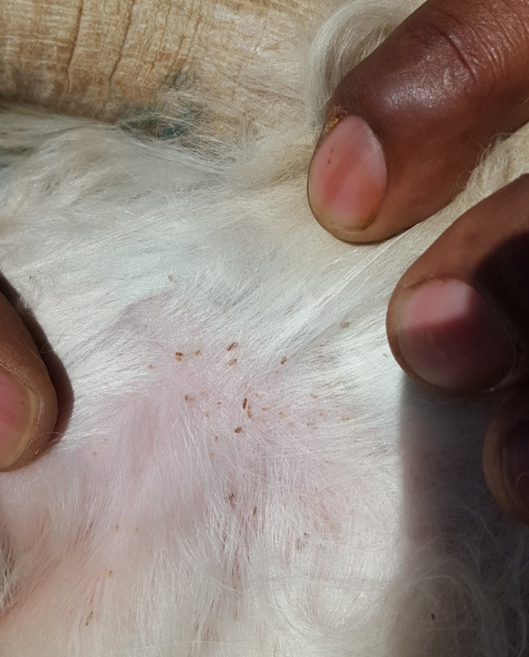 When treating goats with pesticides the pesticide residue that remains on the hair fibres after the goats have been shorn is of concern. SAMGA has set guidelines for the use of washes, dips and pour-on products as the export of Mohair to Europe is regulated by strict residue criteria set by OEKO-TEX®. OEKO-TEX® Standard 100 is a worldwide consistent, independent testing and certification system for raw, semi-finished, and finished textile products.  These guidelines can be found on our website for:

Dips and Pour on Products https://www.angoras.co.za/page/dipping-and-pour-on-options-3-months-prior-to-shearing-of-angora-goats#154 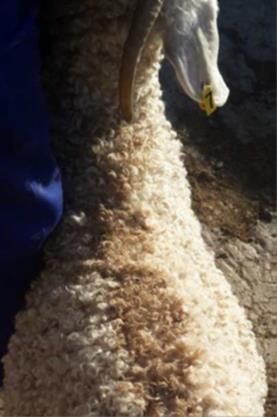 Pour on products used along the back also tend to collect dust and produce a greasy dirty backline as can be seen in the photo.

Trials were conducted by SAMGA on the application of a pour on called Atilla (abamectin/fipronil) to determine the effectiveness of the drug as a treatment for lice, ticks and roundworms in Angora goats. The effectiveness if applied in the axilla (bare skin), instead of along the back, was also evaluated.

Attila treatment was found to be effective in treating both RED and BLUE lice in Angora goats, helped control ticks and had no significant effects on internal parasites. By applying the pour on in on the axilla skin instead of the backline also prevented the dirty greasy backline.

For more information on this trial see our website  https://www.angoras.co.za/article/fipronil-abamectin-atilla#258

M.A.Snyman, J.N. Snyman and M. van Heerded did trials to determine if pour-on pesticides were still effective in killing lice when applied to alternative sites in Angora goats?

Lice counts were done on all animals in each treatment group over an 11-week period. The live lice were counted macroscopically at ten predetermined sites (five on either side of the body; see below). 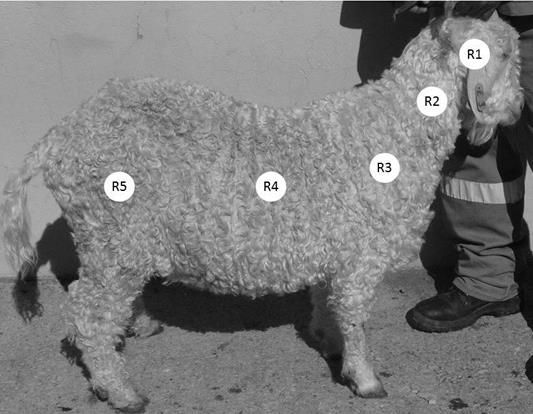 The following was determined:

The effect of application site on average lice numbers over the experimental period for Insect Growth regulator (Pesticide T) for the different sites on the body where lice were counted are summarised below. 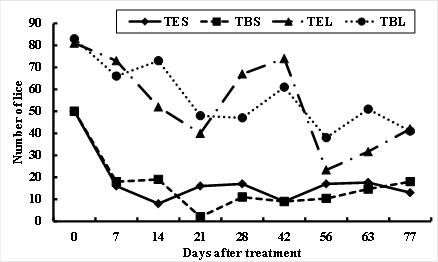 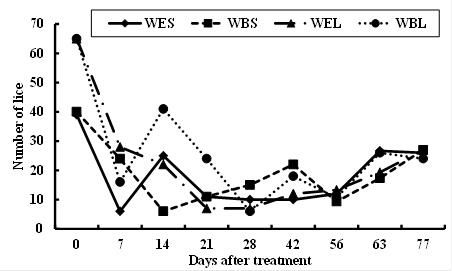 The different sites on the body where lice were counted are summarised in Figures below. 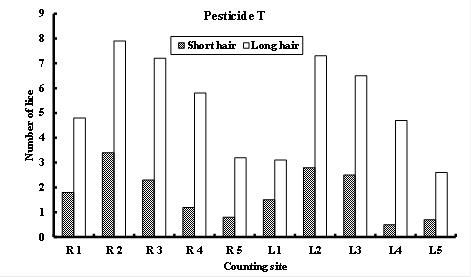 This pesticide is supposed to prevent the development of immature lice present in the fleece at application and those that hatch from eggs in the following 20 weeks. It is also supposed to produce a rapid decline in lice numbers with all adult lice dying by 14 weeks.

It is obvious that these claims did not realise in the current experiment.  Adult lice live for about 50 to 60 days. As this pesticide does not directly kill the lice, the adult lice continue laying eggs. The eggs are attached to the hair. If an egg is attached higher up the hair fibre, the longer hair might influence the effectiveness of the pesticide by preventing the egg from coming in contact with the active ingredient. After Day 56, lice counts in the long hair groups further increased. Even though the long hair animals had a higher initial lice count, it would seem that the insect growth regulator pesticide was not as effective in the longer hair animals.

In the Pesticide W groups there were also significantly more lice at the R1, R2, R5, L2 and L5 counting sites in the long hair animals than in the shorter hair animals

The results of this study indicated that:

From the results of this experiment it is evident that: