Chrysocoma tenuifolia also known as ‘Bitterbos’ or ‘Bitter karoo’ poisoning in Angora goats is responsible for:

‘Bitter karoo’ is widely distributed in the Karoo and flourishes on overgrazed veld. 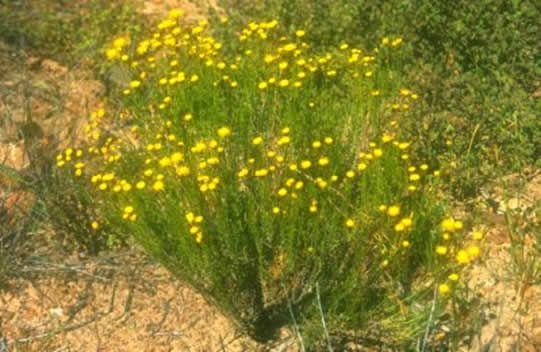 The toxic substance is unknown and the goat ewe has to ingest large amounts of ‘bitterbos’ before kidding for the symptoms to be seen. The toxin is transferred to the kid via the milk.

When is the poisoning seen?

Poisoning usually occurs after winter and spring rains and noticed in the kidding season in kids from about 3-14 days after birth.