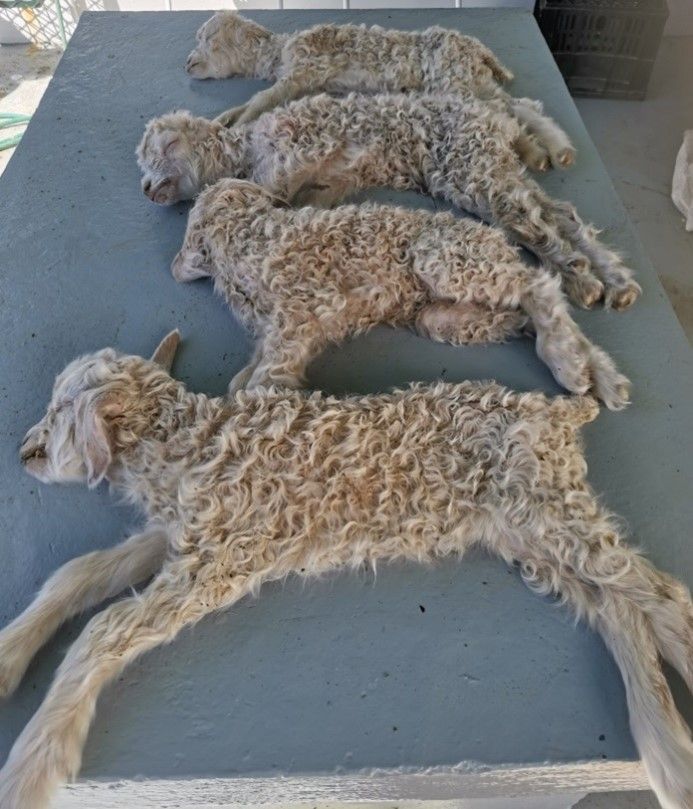 More than 50% of kid mortalities, where ewes lost kids in more than one year, were due to:

A number of these problems will repeatedly occur in the same does. Ewes experiencing these kinds of problems should preferably be eliminated, especially does with teat or udder problems.

Determine the cause on the farm

3 simple Post Mortem steps can be done on the farm to help determine the cause of death.

Research has shown that:

This straight away may explain why you are losing more kids than you expect?

The importance of high levels of nutritional supplementation in late-pregnant ewes is difficult to over-emphasize.

Inadequate nutrition during late gestation, which will, unfortunately, occur in drought conditions even with supplementary feeding:

Cut a piece of lung and place it in some water. If it sinks, it was a late abortion; if it floats, the kid died after birth.

Late abortions often follow 1-5 days after the ewe was under stress or energy stress. An example may be cold weather, when it is important to remember cold stress increases glucose consumption by up to 66%. This is aggravated by restricted grazing at times when goats are placed in a shed during cold, raining weather. Abortion usually then occurs 1-5 days later. 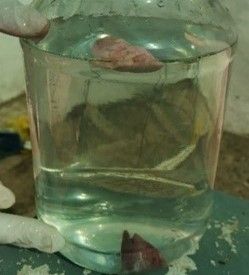 3. Check the abomasum (melkpens) to see if the kid suckled; colostrum intake is critical to survival.

Open the abomasum to see what it contains. All kids should have clotted milk/colostrum in the abomasum (melkpens) when opened. If there is no clotted milk, it is very likely that the kid was discarded by the ewe or too weak to suckle. Sometimes you may even find some gravel or plant material in the abomasum, which the kid consumed due to hunger. 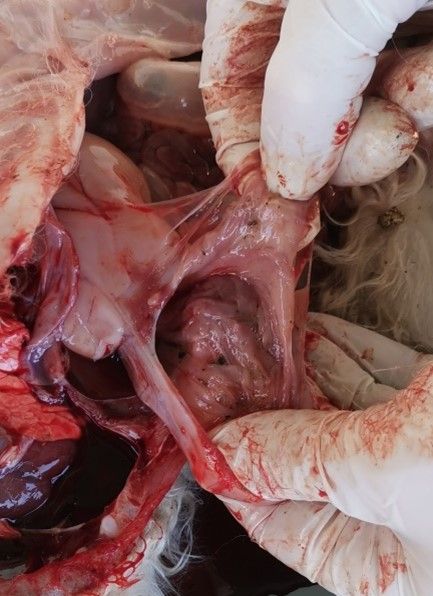 Photo of ‘melkpens’ empty with a bit of gravel

Management to reduce these kid mortalities see the SAMGA website for: