The first cases of swelling disease in South African Angora goats have been reported during the early 1970’s.  A number of trials have been conducted to investigate the cause of this disease over the subsequent years. However, no conclusive evidence had been found as far as the cause of the disease. 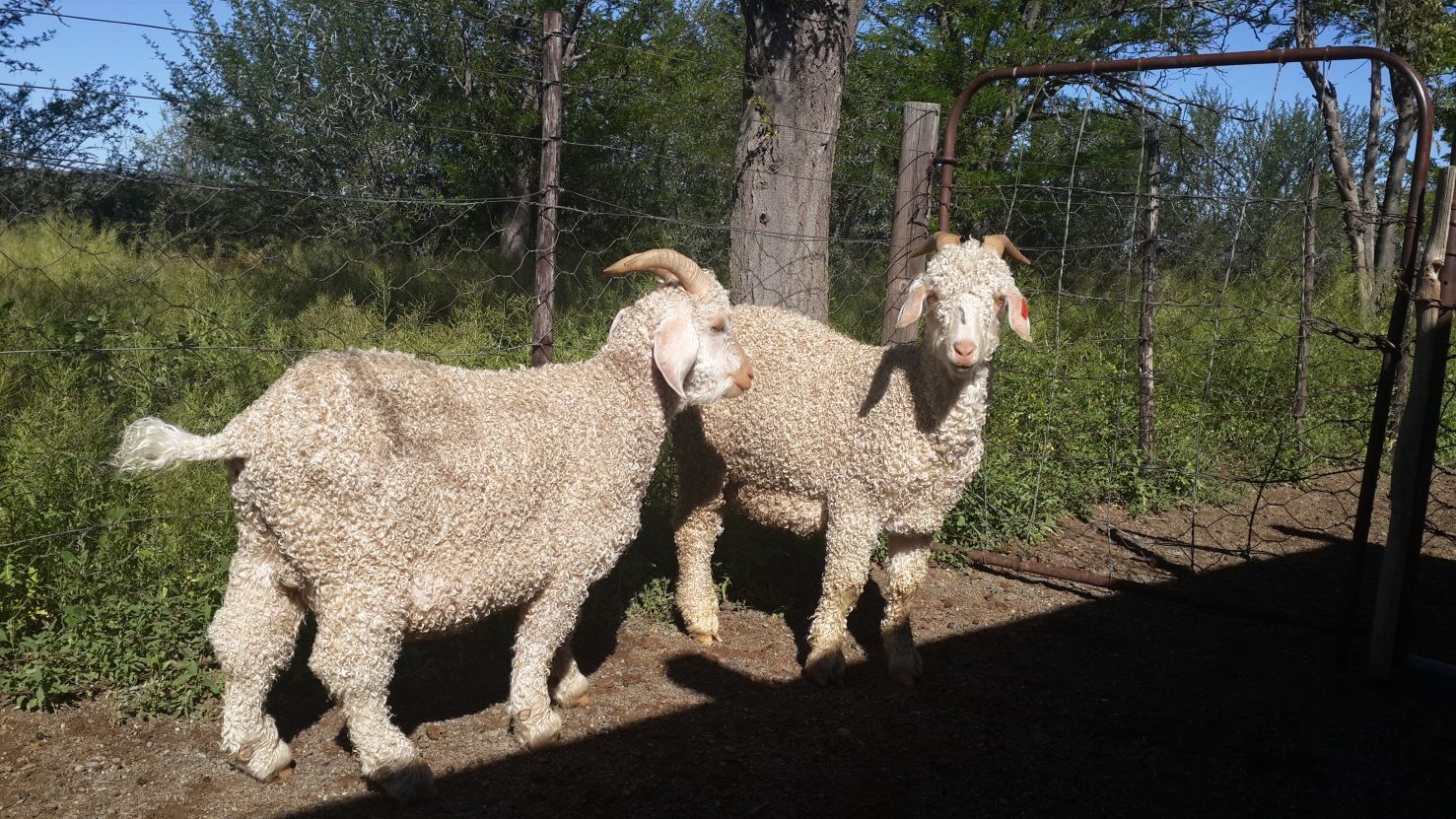 Swelling disease, ‘swelsiekte’ in Angora goat is  the acute onset of severe subcutaneous oedema (fluid) of the lower body parts ventral neck, chest and abdomen, front and hind legs, especially over the joints and sometimes the lower jaw. However, the scrotum and udder are never affected (Bath and Vermeulen 1988)

The swelling is cold, pitted, painless and variable in intensity in different parts of the body. Fluid flows freely if the skin is cut or punctured. The fluid is clear, copious and non-clotting.

It is quite clear from a number of trials and studies that a low Total Plasma Protein (TSP) and Albumin (Alb) is the most consistent finding along with elevated Total white cell counts.

10 goats with ‘Swelsiekte’ and 10 without were sampled from each group. 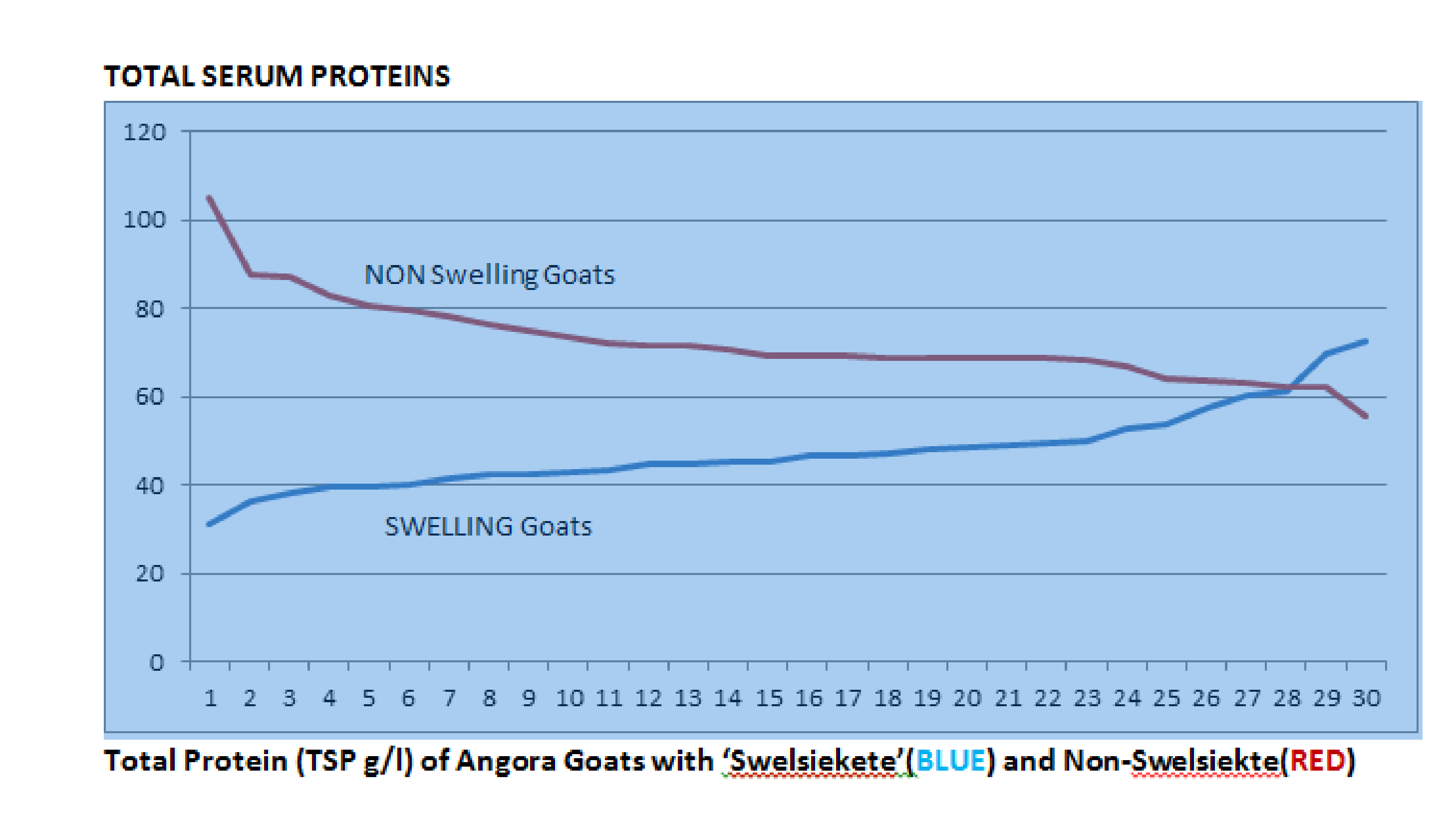 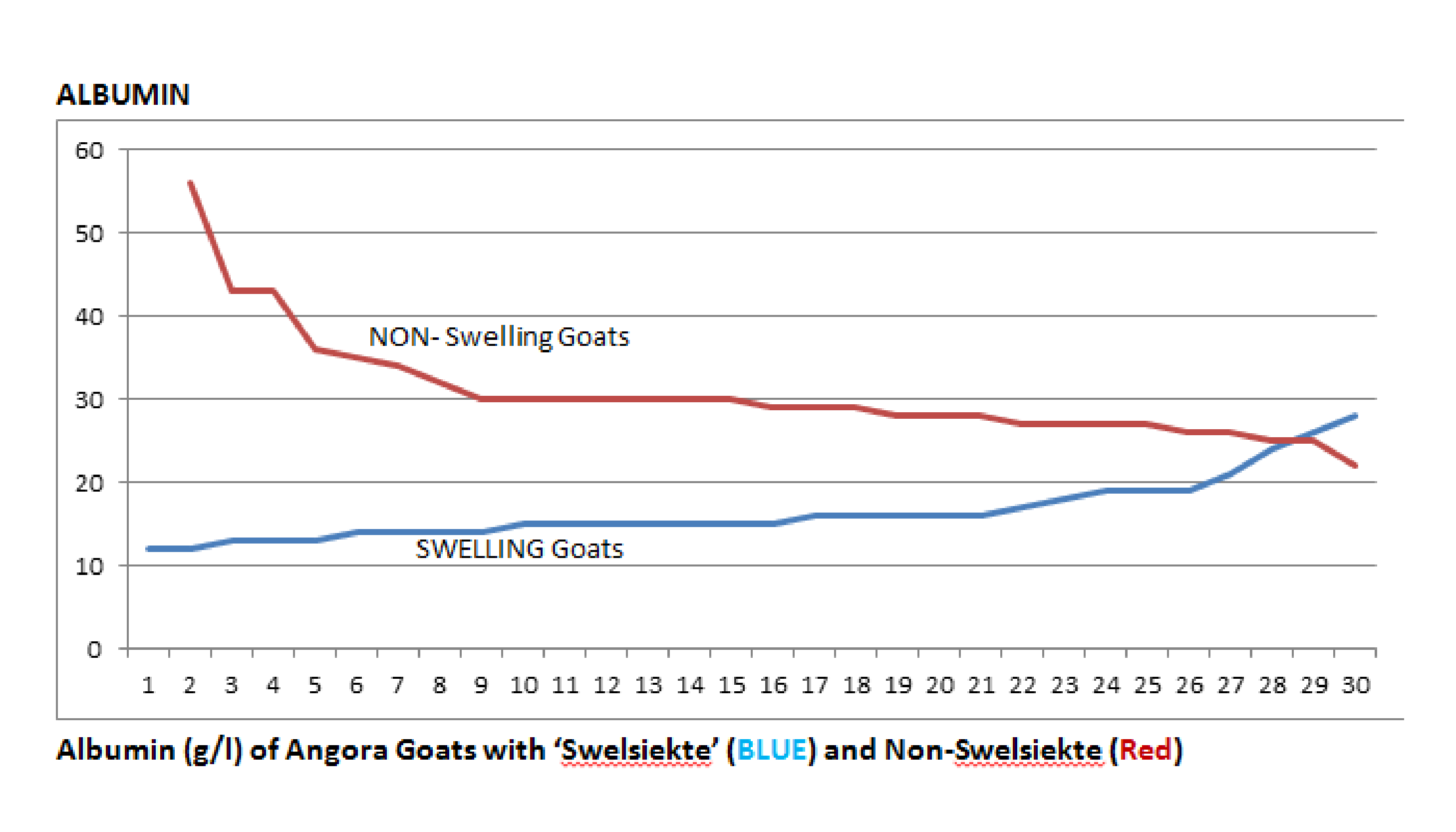 From these graphs it is clear that there if a definitive difference in the TSP and Albumin levels between goats that have ‘Swelsiekte’ and those that don’t.

It appears that there may be a level of oncotic pressure (TSP/Alb) at which the Angora goats compensatory mechanism are no longer able to cope and at which the Swelling occurs.

As any farmer will know that when catching out 60 Angora goats there is some likelihood that there may be some overlap ‘grey area’ between those goats with ‘swelsiekte’ and those without.

Hypoprotemia as well as a higher capillary permeability.

In all trials, all goats infected with Ostertagia circumcincta had a reduced plasma protein level.             However, some stress inducing condition is necessary for the goat to develop  swelling disease. The low TPP values were most noticeable just before, during and after the swelling.

Goats that did develop moderate oedema had lower TPP levels throughout the experimental period.

What is the cause of the low TSP/Albumins in the blood?

The cause of the low oncotic pressure in Swelling disease in Angora goats is unknown and seems a number of variable causes may be involved?

Research needs to be conducted as to differentiate between trans-capillary and pre-capillary membrane loss of blood proteins.

What can be done while the cause is unknown?

In the short term trials have indicated that feeding a high protein diet does help reduce the incidence of Swelsiekte. (M.Snyman & A.Snyman 2005) 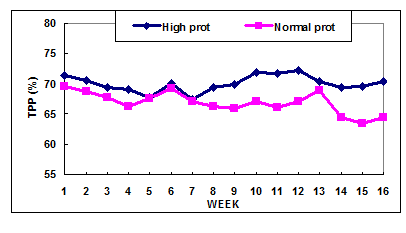 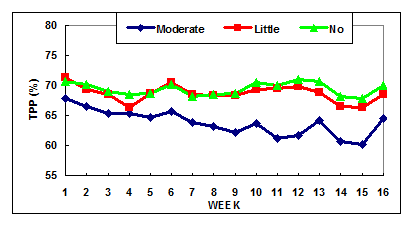 Albumin is not stored by the body and is a protein produced by the liver. Approximately 60% of it is located in the extravascular space. Albumin has a strong negative charge allowing it to be very soluble in water.

What does Albumin do?

In addition to maintaining colloid oncotic pressure, albumin also facilitates transportation of substances. The presence of many surface-charged groups and many specific binding sites, both ionic and hydrophobic, allow albumin to bind and transport a large number of compounds. These substances include bilirubin ( goats with swelling have been found to have raised bilirubin levels), metals, ions, enzymes, amino acids, hormones, free fatty acids, drugs, and phospholipids. Albumin functions as a free-radical scavenger.

What role does stress play in Albumin levels?

Overall, the picture in the stress response is:

What can cause low albumin levels?

Snyman and Herselman (2004) suggested that any condition / factor that contributed to a lowered blood albumin level, could be a predisposing factor for swelling disease.

The following factors could all contribute to a lowered blood albumin level, and indirectly to the development of swelling disease:

(b) third-space loss (extravasation into the extravascular space) and

Loss through intestinal tract - loss of albumin does not generally cause concern   unless the loss is excessive or long lasting.

For the most part, the minor decreases in albumin concentration attributable to dilution alone do not seem to result in clinical consequences.

The potential causes of swelling disease in Angora goats are potentially multiple and even in human medicine oedema is still not fully understood with Starling’s having now be questioned.

Snyman MA, Herselman MJ    2004    Investigation into the probable cause, predisposing factors and effective treatment of swelling disease in Angora goats  The Angora Goat an Mohair Journal, 46(1) : 27-37