Poisoning in cattle has been reported in Graaff-Reinet, Molteno and Bethlehem districts.

The liver and respiratory systems are primarily affected by the poison with a toxic principle a furanosesquiterpenoid.

Under what conditions did the Angora goat poisoning occur

The plant ‘Ganskweek’ is abundant in late winter and spring when grazing is sparse.

Whether the goats will get to know it and avoid it as with cattle, only time will tell. The goats were relatively new to the area. 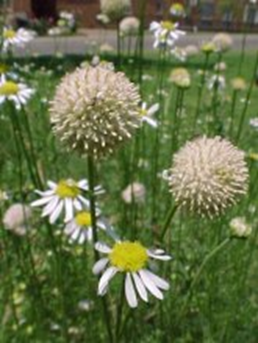 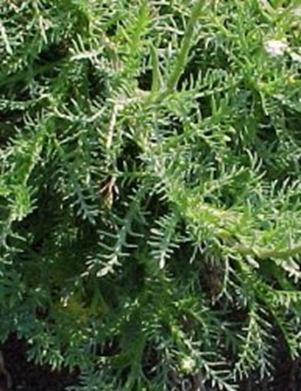 Ganskweek is a soft herbaceous plant about 40cm high. It has a  stout woody rhizome with numerous stems.  Leaves are alternate, crowded at the base.

Seed: A round woolly puffball seed head. Seeds are woolly. 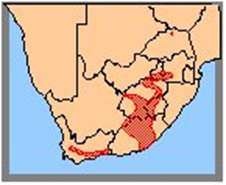 Grows everywhere, but especially in vleis.

Found in the Western Cape around Boland, Eastern Cape, Karoo, Free State, Gauteng and Mpumalanga. Not found in Kwazulu – Natal.

Signs may appear 3 days after being introduced into a camp with ‘Ganskweek’.

About 5% of the Angora flock were affected and died within 2 days.

Mr Norman noted that if a fatal dose was not taken in the goats did recover but generally gradually deteriorated and succumbed to a cold snap (likely due to long term liver damage).