Skin cancers are commonly seen by Angora goat farmers. Although the incidence is low the occurrence often results in the goat being culled.

There are two main types of tumours occurring in the Angora goat.

Two forms of this cancer may be seen:

The most common site for these tumours is:

These tumours can spread to other parts of the body and organs via the lymph drainage system.

These growths are common in angora goats. In one year of 16 Angora goat tumours that underwent histopathology examination at Onderstepoort all were Carcin 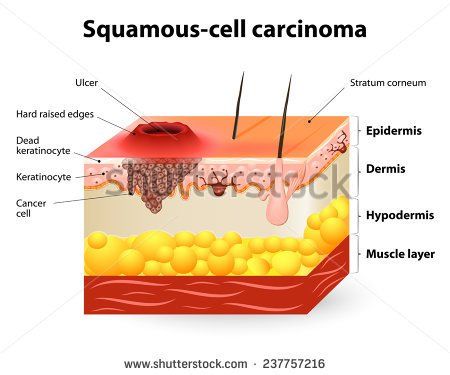 The most common sites for these tumours is the unpigmented parts.

In a study of 139 cancers in Angora goats the main site of occurrence of melanoma (83%) was the dorsal surface of the ear.

The incidence occurs through exposure to sunlight and also irritation from ear tags.

Two forms of this cancer occur

Squamous cell carcinomas (SCC) are locally invasive but slow to spread to other parts of the body which is first usually the lymph nodes and lungs.

SCC vary in appearance and size from pea sized to 10cm. Round lobulated, flat and ulcerated. Once the tumours reach a certain size it becomes covered by moist exudate which soils and matts the surrounding hair. This is a site for proliferation of bacteria and the smell attracts blow flies leading to irritation and suffering. The crusts on the tumour often get pulled off and they frequently bleed.

How long does it take for the skin cancers to take effect?

The squamous cells carcinomas are generally slow to develop but there are goats that need to be culled before they reach peak production. Where external irritation occurs (example ear tag) the tumour develops quicker. When the ears are affected it often results in discomfort, pain, irritation and are prone to trauma, secondary infection and fly strike.

This finally leads to lack of appetite, loss of body weight, production and reproduction losses. When tumours spread to other parts of the body, much depends on which organs become affected.

Treatment depends on the location of the tumour. Surgery can be effective when the tumour and surrounding effected tissue is removed. When the ear is affected a portion of the ear can be amputated. Surgery becomes more difficult around the anus and vulva.

Often a pedunculated tumour may get knocked off but will over time regrow..

Farmers remedies that have been used include making a paste with Sulpher and Ocean Gold (contains fish liver oil , Vit A and D) and smearing this over the tumour. 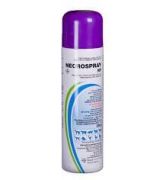 Antimicrobial and flystrike treatment sprays such as Supona aerosol can be used against the secondary effects of the cancer. Using antibacterial sprays (such as Terramycin wound spray and Necrospray) can also be used.

Genetics plays a role in both forms of cancer so culling effected goats is advised. Selection against over or under pigmented skin will help reduce the incidence