An outbreak of ‘Warble fly’ occurred in Angora goat kids in the Cradock district in May 2019. This is a rare occurrence and not diagnosed in Angora goats in the Karoo before.

The condition has been identified before when in 1983 seventeen Merino sheep in the Springbokfontein region of the Orange Free State were found to harbour Strobiloestrus sp. larvae in cutaneous nodules in the flank and rump regions of their bodies.

They larvae have also been identified in Vaal Ribbok examined in the Bontebok National Park by Horak in 1979.

In 2007/2009 Springbok from the Pearston and Jansenville districts inspected by R. Strydom at the Graaff-Reinet abbatoir where found to have warble fly lesions.

Lesions in these Angora goat kids were reported along the backline of Angora goat kids. On advice the goats were treated with ivermectin and the farm visited the following week. The ‘Warble Fly’ was suspected to be Strobiloestrus. 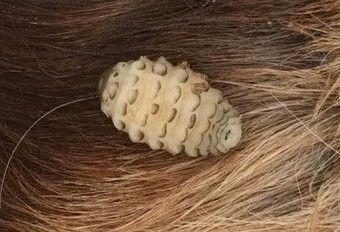 The usual host being Klipspringer, Steenbok and Grey Rhebuck with the Angora goats being accidental hosts (cattle and sheep can also be potentially accidental hosts). It has been found on Springbuck in the Pearston, Jansenville, Graaff-Reinet areas 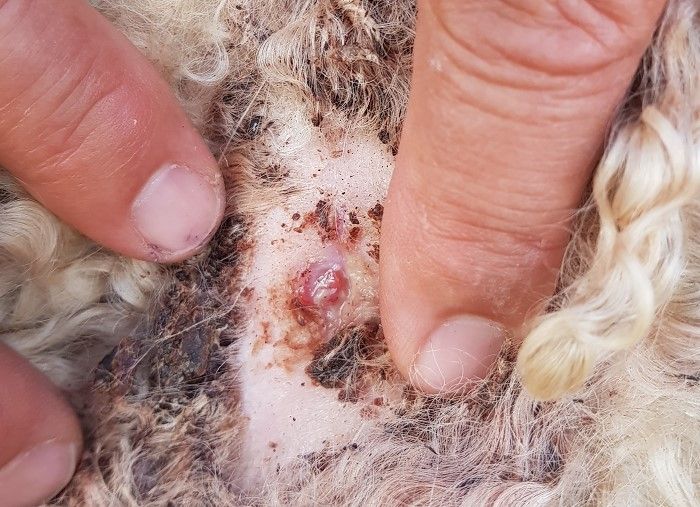 Adult ‘warble fly’ lay their eggs on the hair of the goat in early summer. The eggs hatch in 3–7 days, and first-stage larvae travel to the base of the hair shaft and penetrate the skin.

In the early winter, the larvae arrive in the subdermal tissue of the back of the host, where they make breathing holes through the skin ranging in size from a small slit to a round hole (3–4 mm in diameter for more mature larvae). The larvae occur in a region 25cm broad on either side of the back between the base of the neck and tail. 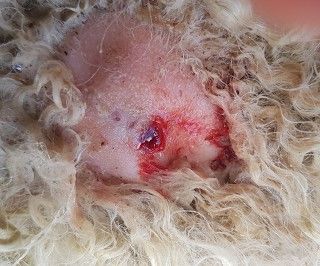 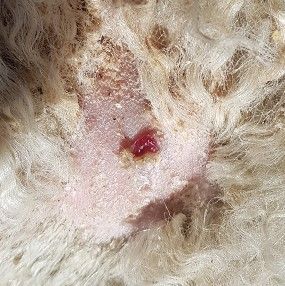 Photos: Breathing holes of the Larvae of the Strobiloestrus ‘Warble fly’.

The warble stage lasts 4–8 wk and the third-stage larvae emerge through the breathing holes, drop to the ground, and pupate. Flies emerge from the pupae in 1–3 months and the life cycle is completed in a year. 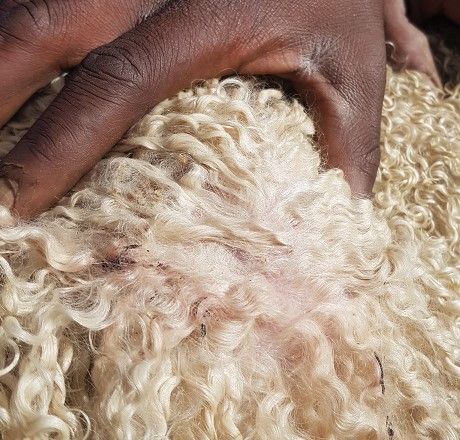 Photo: Development of an abscess, which was lanced and treated.

Pour-on products containing macrocyclic lactones (doramectin, eprinomectin, ivermectin, or moxidectin)  along the midline of the back. Injectable macrolytic lactones are also effective in treating the larvae.

In areas where this has occurred the goats should be treated the following year about 8-12 weeks before the expected appearance of the lesions on the backs.