Mineral and Vitamin supplementation effect on reproduction in Angora goats

Mineral and Vitamin supplementation effect on reproduction in Angora goats

There is no injection or dose of minerals and vitamins that can compensate for poor genetics and nutrition!

When walking into the co-op the Angora goat farmer may be faced with a minefield of mineral and vitamin products that may enhance reproduction. Are they needed? 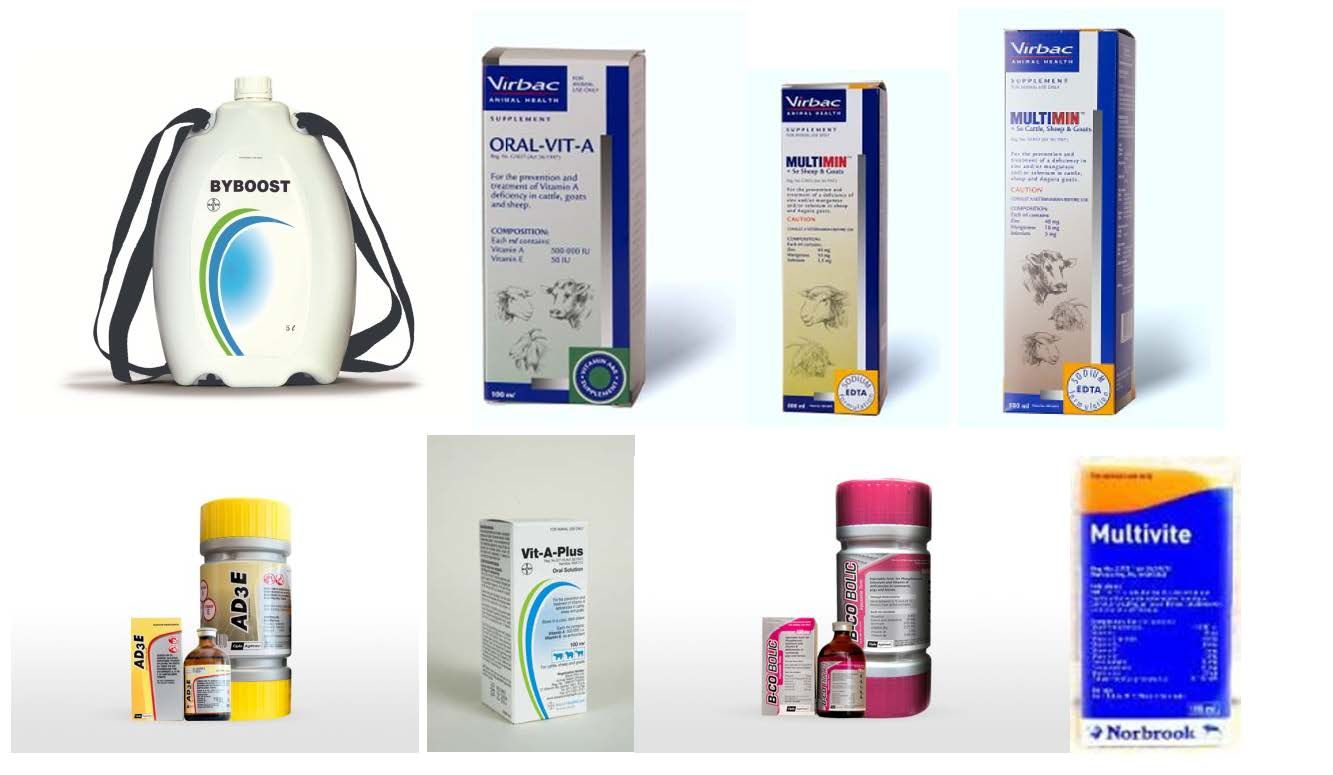 To answer the question we need to look at trials of mineral and vitamin supplementation on Angora goats and their influence on reproduction.

What has been the effect on reproduction by supplementation of minerals and Vitamins in  Angora goats in trials conducted?

These results are significantly lower than found in Sheep. This may be due to the browsing nature of the goats. Browse plants usually have higher mineral concentrations than grass and so Angoras are generally less likely to have mineral deficiencies than sheep. Karroo bush also tends to remain green in non-drought years through the winter. Mineral deficiencies will become evident as goats become more intensively managed under commercial conditions.

It must be noted that Vit A levels will be determined by the veld condition and will be significantly lower in winter veld and in times of drought.

The only source of Vit A and E for the kid is via the colostrum as it does not cross the placenta and hence supplementation 4-6 weeks before kidding in times of drought or dry winter should be considered.

Most of a dose of Vit A is excreted within a week and the remainder stored in the liver. These liver reserves may last for 6 months in the Angora goat.

Are  Mineral and Vitamin supplements required on Lucerne lands?

Mineral supplementation- Lucerne is high in Calcium and Sulpher which has a suppressive effect on Selenium, Manganese and Zinc levels.

Remember intake of pasture lucerne before mating can reduce ovulation rates by 20% by reducing the number of eggs shed per oestrus and reducing the proportion of eggs fertilised. The presence of leaf diseases, insect damage and severe moisture stress can all increase coumestans levels. Coumestan-induced infertility is generally considered as temporary. Ram semen appears not to be effected. Lucern hay has much lower levels of oestrogenic hormones and has not reportedly affected fertility.

The general advice is not to feed high risk Lucerne pasture to breeding Angora ewes in the 21 days prior to and during mating.

Good nutrition is critical. There are also however times when supplementation with minerals will make a significant difference to reproductive performance in Angora goats.

No supplement can replace GOOD NUTRITION!

Zinc is essential in the production of many of the sex hormones, including testosterone and gonadotrophin releasing hormone It is also involved in ribonuclease activity and spermatozoa maturation during spermatogenesis and enhances sperm motility. Supplementation with zinc increases daily sperm production and reduces the proportion of abnormal spermatozoa.

Selenium (Se) and Vitamin E play a biological role as cell antioxidant by preventing damage by oxygen and various peroxides formed from fatty acids.  In goats deficiencies can result in poor growth, lower reproduction rates due to reabsorption of fertilised eggs and suppression of sperm activity, early born, weak kids.

Vitamin A is involved during spermatogonia differentiation and spermatid adhesion regulation. An advanced deficiency of Vitamin A causes degeneration of the seminiferous tubules and testicular atrophy. Vitamin A and iodine deficiency impair the ram’s libido.

Deficiency of iodine, copper and manganese levels in the diet can cause abortion and lowered reproductice performance.

Vitamin D is seldom considered deficient but Vit ADE could be supplemented in late pregnancy when the ewe loses large amounts of Ca and P to the foetus. Symptoms of a Vit D deficiency would be that of a Ca deficiency.

Vitamin E functions as an antioxidant in conjunction with selenium and marginal deficiencies can be significant. Effects of a combined vitamin E/ Selenium deficiency are well documented and include poor reproduction, poor growth and mortalities in kids. Deficiencies result in striated muscle damage in young animals (tongue affected and can’t suckle), retained placentas. Vitamin E is therefore particularly important in areas with marginal or deficient levels of selenium. Stress situations are regarded as precipitating factors for Vit E deficiencies.  Green feed has high levels of vitamin E so again may be deficient in winter veld.

Defficiencies are rare and consult your local veterinarian as he will know your area. Liver, blood and water samples can be taken as the best indicator of your animals’ deficiencies. You need to check about 5 samples in a flock. It is worth checking samples in both winter and summer as this may differ on each farm

Minerals should not be over supplemented.

The range between safe and toxic levels is quite narrow for many of the minerals unlike vitamins which are easily excreted if in excess. Due to the complex interactions between minerals, excess consumption of one mineral may decrease absorption and/or utilisation of another. Caution should be observed particularly when the likely Copper status of the flock has not been established as Copper toxicity is not uncommon, although it is thought to be less of a problem in Angora goats as compared to sheep.

Common multi-mineral supplements available contain Manganese, Zinc, Selenium and Copper can be given at a low-end dose at 4-6 weeks before kidding where no specific mineral analysis has been done. However If there is any suspicion of undesired effects, this should be discontinued and analysis of tissue samples (or blood) carried out.

EFFECT OF FREQUENCY OF MINERAL AND VITAMIN SUPPLEMENTATION ON SEMEN QUALITY OF ANGORA GOAT SIRES.